What will DJs really cost Woolworths? 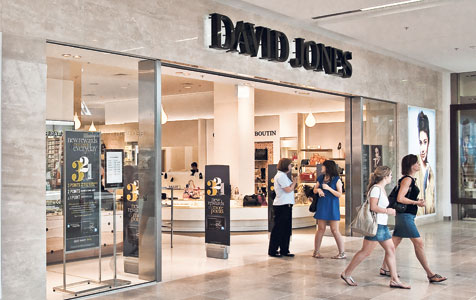 Paying top dollar, which is what the South African retailer has done for its troubled Australian rival, might make for good headlines and please the egos of Woolworths’ senior management but that does not mean it is a good deal, for a number of reasons, including:

outbidding rivals feels good at the time but it means you have to work harder to justify the price;

• the Australian retail sector is crowded and becoming more crowded as international firms such as Sweden’s H&M, Japan’s Uniqlo, and Britain’s Marks & Spencer enter the market; and

The first, and most obvious hurdle for Woolworths to overcome is the cost and challenge of revitalising the tired David Jones business, which is centred on department stores – a business model that is struggling in the fractured and increasingly internet-centric retail world.

Claims from Woolworths’ management that the department store is not dead might be correct, but $2.1 billion is a hefty price to pay in order to prove a theory that half the world does not believe.

The other obvious hurdle is that the simple act of out-bidding someone for an asset, which is what Woolworths has done by beating the $1.7 billion merger proposal from retail rival Myer, does not make you a winner.

Paying top dollar often turns the buyer into a loser, as has been seen countless times before, with the best example of a high price leading to a disaster being Rio Tinto’s infamous $40 billion takeover of the Canadian aluminium producer Alcan – a price that has now been largely written off, to the cost of Rio Tinto shareholders.

A glimpse into the challenge that lies ahead for Woolworths as it tries to gain a bigger foothold in Australian retailing could be seen on the Johannesburg stock exchange last night, when Woolworths shares fell by more than 7 per cent as South African investors headed for the exit from their local retail hero.

In keeping with so many takeovers the maxim of ‘buy the target, sell the bidder’ was played out on different sides of the world because the Woolworths share price fall came after a 23 per cent rise in the David Jones share price.

The cause of the 7 per cent share price drop by Woolworths can be explained as a combination of concern about the $2.1 billion price tag on David Jones, and the need for Woolworths to issue more shares to help meet the cost, which will also be part-satisfied by taking on more debt.

More shares on issue and a higher debt load is a burden that will add to the challenge confronting the Woolworths management team as it tries to streamline David Jones and make it part of a Southern Hemisphere retail champion –a nonsense ambition if ever there was.

That Southern Hemisphere champion argument from Woolworths’ Ian Moir is what caused the most concern among business professionals because it is so totally illogical, given that Australian business looks north into Asia, not west to Africa, or east to South America.

True global retail leaders such as H&M, Uniqlo, Kmart, and Marks & Spencer don’t think in hemispheres – they have a worldwide business model.

The problems South African companies have traditionally had in moving to Australia is not as big an issue it was a few years ago, when it was impossible to find a successful corporate transplant.

Individuals, especially professional service provides such as doctors and lawyers, have made the transition quite successfully, perhaps because they have to adapt to an Australian way of working.

South African companies, because there has been an escape route home, have invested too much time, energy and money in trying to introduce their way of doing business in a foreign and more competitive market.

A Scot by birth, Mr Moir could be the man to make the David Jones acquisition a success. But he will struggle, be forced to invest more money than planned, and need to be patient as he tries to rebuild a once-great brand at the same time as international competitors seize a bigger slice of the Australian market.

It’s for the reasons mentioned – the excessively generous price being paid for a worn-out business, the entry of bigger and slicker rivals into the Australian market, and the track record of South African corporate failures in Australia, that the acquisition of David Jones is likely to be a failure – with that 7 per cent fall in the Woolworths share price an early and ominous pointer.