What type of future does WA want?

The view from outside of Australia is particularly upbeat for WA, so maybe it’s time to focus on the positives. 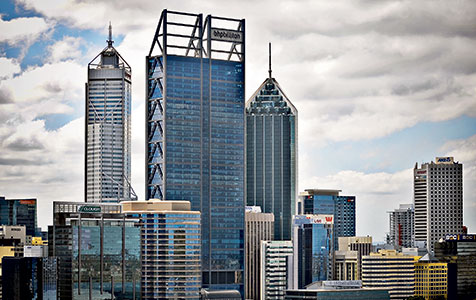 The view from outside of Australia is particularly upbeat for WA, so maybe it’s time to focus on the positives.

GIVEN the period of exceptionally strong resources investment and growth is now over, it is a good time to consider what we want for the future.

As appealing as it is to ponder lost opportunities and languish over being treated as an ATM by the eastern states, why not be more ambitious and create a vision for Australia that places Western Australia at the centre of the nation?

WA has established an international reputation in the tertiary and services sectors, in addition to its substantial resources sector. Over the past decade, the sheer scale of expansion in resources projects has altered the collective perception of what is possible.

This experience shares parallels with that of California. In the years around the turn of the 20th century, California invested its surpluses into what have now become leading educational institutions (such as Stanford University, founded in 1885), which led to a number of new and innovative industries, including those that produced iPhones and electric cars.

Since the early 2000s, BHP Billiton, Rio Tinto, Newmont Mining and Chevron have shifted people west and centralised decision making in Perth. In addition, Fortescue Metals Group, WesTrac, Woodside Petroleum and Wesfarmers are all based in Perth.

People are also voting with their feet and heading west. In spite of a downturn in commodity markets, which in usual circumstances could result in people moving back east, the treasurer, Mike Nahan highlighted that WA’s population was still growing at an annualised 2.4 per cent, easily the highest in the nation.

Perhaps, then, it is time for Western Australians to shift their focus from dividing the pie and instead redefine what grows the pie. This involves challenging the mind-set that the Sydney-Melbourne-Canberra triangle is the core of Australia. For instance, why do national institutions or decision-making need to be based in Canberra?

It must be remembered that it was the tension between Melbourne and Sydney that created Canberra. A political settlement in the early 1900s meant that most of the national bureaucracy is located near another artificial creation – Lake Burley Griffin. National institutions will only remain located in Canberra if political consensus considers this is the best option.

The idea of moving federal departments, agencies and associated bodies outside of Canberra has already been promoted by both sides of politics.

Economist Saul Eslake noted: “I have long observed the assumption the federal government has to be in either Canberra or Sydney is something the rest of the country is supposed to just suck up. It would be a good thing if fewer federal agencies were located in Sydney, in particular, or Canberra.”

Perhaps locating the Commonwealth Grants Commission in a suburb of Perth would be a good start.

Australia is not alone in this experience. Canada has also experienced a gradual shift of commercial power westward and locates a number of national organisations outside its capital.

Meanwhile, Alberta is redefining the national agenda and conversation. The current Canadian prime minister was once a member of a political party that had the slogan ‘The West wants in’. Indeed, the prime minister and senior members of his government are Albertans who, rather than protesting on the margins, have redefined the national centre.

There is no reason why WA cannot follow in Alberta’s footsteps and even start to innovate like California.

If WA wants in, then it must lead national debates and start crafting an outlook for the 21st century.

• Andrew Pickford is an Australian analyst now based in Canada