What’s the odd million or two between peers?

It is probably foolish to suggest that some of Australia’s richest people are making a mistake by investing in the latest banking fad – peer-to-peer lending. 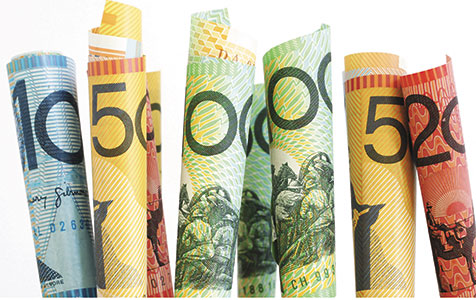 It is probably foolish to suggest that some of Australia’s richest people are making a mistake by investing in the latest banking fad – peer-to-peer lending.

But when you take a close look at what Rupert Murdoch, Kerry Stokes and James Packer are reported to be doing by backing a peer-to-peer start-up called SocietyOne, you start to understand that it is not the guaranteed money maker it is made out to be.

Rather than peer-to-peer lending being a new concept, it is actually just a return to the roots of banking where people with money loaned a bit of it, for a fee, to those without.

The difference, if you believe the marketing material, is that modern-day peer-to-peer lending uses computer programs to match borrowers and lenders, theoretically eliminating some of the risk of lending money to high-risk borrowers while also eliminating the costs associated with having a bank acting as the middle man.

Said quickly and it sounds easy, but when you dig into peer-to-peer lending the appeal seems to be that the people with money are hoping to get a return of up to 8 per cent on the funds they provide versus the 4 per cent or so they might get by depositing their spare cash in a back account.

In other words, peer-to-peer lending appeals to rich people because it’s a chance to earn an above-average return on their funds.

There are always risks in seeking a return that is double the market average; and while peer-to-peer lending sounds like a way of using technology to match lenders with borrowers without high costs eating into profits, it will probably not be that simple.

The biggest problem with peer-to-peer lending is that it can never totally eliminate borrower risk; that is, the risk associated with a borrower being unable or unwilling to repay his debts. That sort of risk will always be present in every form of banking.

However the real issue with peer-to-peer lending is that it’s not new and represents nothing more than an attempt to return to the original form of banking in which the rich people in a village would lend money to poorer people, extracting a fee in the process.

Over time, that primitive form of lending was replaced by credit unions, then by building societies and finally by banks.

If that sounds far-fetched, consider the central theme of William Shakespeare’s play ‘The Merchant of Venice’ about a moneylender called Shylock who tried take his payment in the form of a pound of flesh. (Interesting, too, that ‘shylock’ is now American slang for a loan shark.)

Roll forward in time, include a few bank failures, and consider the cause of the GFC, which was essentially about a mismatch of lenders and borrowers, with the lenders expecting greater security than was possible for the fees being charged, and the borrowers accepting loans they could never repay.

So, in the aftermath of the GFC and with multiple layers of additional costs imposed on banks, we have effectively gone back to the future, only with the catchy new name of peer-to-peer lending.

SocietyOne (http://www.societyone.com.au/societyone-home), the start-up which has attracted eye of some super-rich Australians, is essentially a local version of a trend first developed in Britain. Under this model, businesses such as Ratesetter and Zopa take deposits at a rate higher than that on offer from banks and make personal loans to people who might not normally qualify for a bank loan – at a relatively high interest rate.

It is possible that peer-to-peer lending will catch on and become a new form of banking to fill a gap left by the exit of mainstream banks from the business of personal lending.

However just because a number of super-rich people think it’s a good idea does not mean that it will work.

After all, some of Australia’s richest people tossed several hundred million dollars at the Channel 10 television network and are now wondering where most of that money went.

Banking is all about risk management, and just because someone has found a way to use computers to match borrowers with lenders does not mean the risks have disappeared. If anything the risks have been increased.