What do we do now that the ‘social media genie’ is out of the bottle?

With such prolific social media traffic and ever increasing accessibility, the line between personal and work related information has inevitably blurred. 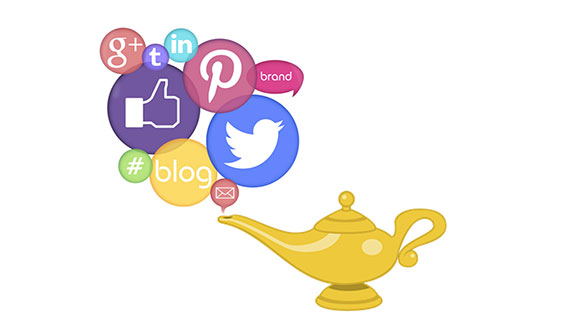 In Australia we have:

With such prolific social media traffic and ever increasing accessibility, the line between personal and work related information has inevitably blurred.

In early 2015, SBS dismissed sports presenter, Scott McIntyre, for a series of controversial tweets published to his 30,000 Twitter followers on Anzac Day. One tweet read, “Remembering the summary execution, widespread rape and theft committed by these “brave” Anzacs in Egypt, Palestine and Japan.”

The following day, SBS summarily dismissed Mr McIntyre for his “inappropriate and disrespectful” behaviour; for breaching the company code of conduct and social media policy; and for causing his “on-air position to become untenable.”

Mr McIntyre has since lodged an unlawful termination claim with the Fair Work Commission (FWC).

The FWC has stated that in this day and age it is unacceptable not to have a social media policy in place. In the case of Pearson vs Linfox Australia, Mr Pearson refused to sign the company social medial policy as it also applied to out of work hours.

Eventually, Mr Pearson was dismissed for this and other reasons. The court ruled that social media policies are designed to protect the employer and therefore cannot only operate during working hours.

Once a social media policy has been implemented, appropriate training must also be provided. In the unfair dismissal case of Little vs Credit Corp Group, the court found that the social media training provided by Credit Corp Group was warning enough for their summary dismissal of Mr Little for inappropriate and derogatory public comments made on Facebook about management.

To constitute justified grounds for dismissal, the employer must show that the social media content was sufficiently connected to the workplace and caused damage to their business, reputation or viability.

In O’Connor vs Outdoor Creations, Mr O’Connor was dismissed due to a “serious decline” in his productivity after it had been found that he had engaged in Gmail’s chat service on more than 3000 occasions over a 3 month period during work hours.

Outdoor Creations failed to provide verified evidence of the extent of Mr O’Connor’s internet use however, and lost the case as a result.

In Pedley vs. IPMS , Mr Pedley was dismissed after he sent a group email via LinkedIn to a number of clients, employees and suppliers of IPMS soliciting work for a competing business venture. Mr Pedley’s employment contract contained a Restraint of Trade clause and the FWC found his actions to be in breach of his contractual obligations and the dismissal to be valid.

Ultimately, common sense should prevail.  Employees should exercise integrity and restraint when utilising social media, especially in connection with their work, and it is up to employers to ensure they meet the guidelines covered above to mitigate any risks.

Contact WCA- People & Culture Solutions if you require any assistance with Human Resources and Industrial Relations on (08) 9383 3293 or admin@wcasolutions.com.