What about port plans?

In my previous column here I examined the history behind the fiasco around the Perth Freight Link, with nearly 20 years of poor policy decisions restricting Fremantle’s freedom as a port because of below-standard transport connections. 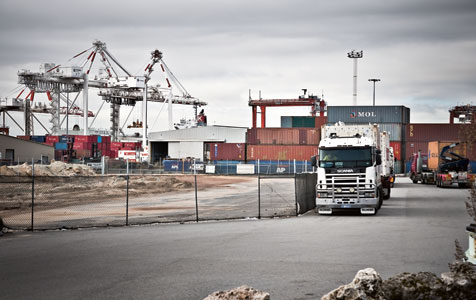 In my previous column here I examined the history behind the fiasco around the Perth Freight Link, with nearly 20 years of poor policy decisions restricting Fremantle’s freedom as a port because of below-standard transport connections.

As I stated, a 50-year-old plan was jettisoned because various governments wanted to appease certain electorates, leaving a long-planned road network without critical elements to work functionally.

But this should not just be a debate about roads. There was also an even bigger long-term plan to shift the shipping emphasis from very urban Fremantle to its far more industrial outer harbour area where Cockburn Sound meets the Kwinana Industrial strip.

Trucks are welcome in those parts.

But the shift of the port’s activities has been another planning disaster, in my view.

Firstly, just before it lost the 2001 state election, the Court government granted a consortium linked to construction magnate Len Buckeridge the right to develop a private port at Kwinana.

Labor probably hated Mr Buckeridge more than the idea of a private port, which meant there were years of litigation. Instead, Labor seemed infatuated with the idea of maximising Fremantle as an operating harbour. Just how this aversion to trucks could accommodate a desire to grow this restrictive port is beyond me. There was a lot of talk about rail shouldering the transport burden, but the truth is that truck traffic has increased substantially.

This emphasis on the old port succeeded in delaying serious work at Kwinana for long enough that Buckeridge and his joint venture partners gave up; but the result is a long wait before progress will occur at the outer harbour.

Oddly, the conservatives, led by Premier Colin Barnett, continued with this farcical policy – opposing the Buckeridge-linked port at James Point. Like the Court government, Mr Barnett and his team opted to favour a state monopoly in an outdated and inefficient location, which could have earned billions if sold off for development while lowering the costs for importers by introducing competition.

Such a restructuring would fit easily in the first chapter of the conservative reform playbook. Jeff Kennett, who turned around Victoria in the 1990s, would not have hesitated.

The results of ignoring long-term planning and sticking to indefensible policy are now before us.

The only winners are those who want to see development slowed or stopped; it will be decades before port sea traffic is diverted to Cockburn Sound. No doubt that will meet with the kind of conservationist opposition that stifles more and more progressive developments every year.

We have already seen that conservationists want to stop the Roe Highway going through the Beeliar Wetlands, potentially hindering freight movement out of Fremantle’s existing port, even though this has been part of the metropolitan transport plan for decades.

All this unnecessarily increases prices for importing goods, be they necessary for growing businesses (and therefore employment), or simply demanded by consumers.

But that is the ultimate objective of those opposed to development – be they Nimbys or other interest groups. They know that if they make it hard enough for long enough, business will go elsewhere.