Many tradies spent their money on jet skis during the boom. Others like Richard York put their money aside to build up their business. 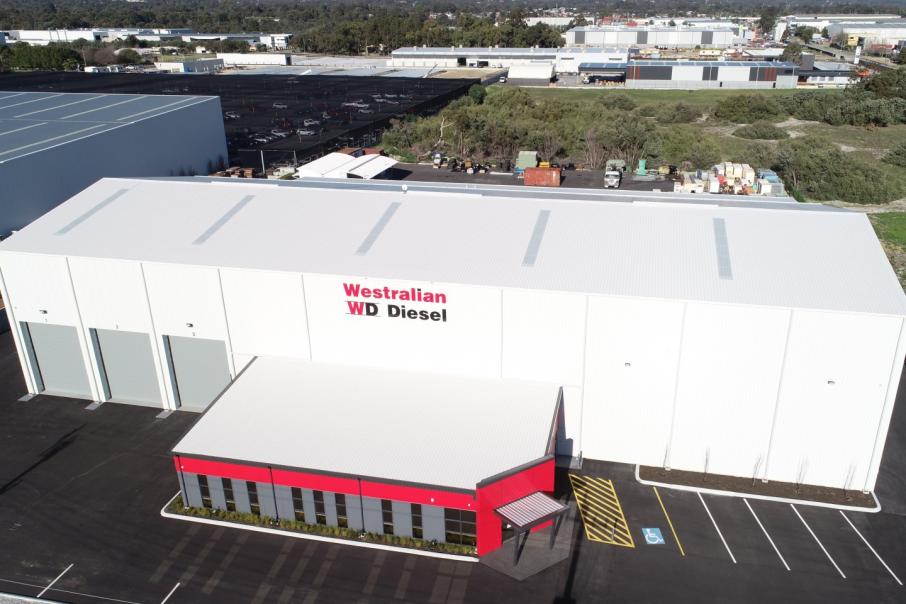 Westralian Diesel will open up a new workshop in Forrestfield.

Many tradies spent their money on jet skis during the boom. Others, such as Richard York, put their money aside to build up their business.

He established Westralian Diesel 15 years ago, working as an independent contractor in a LandCruiser ute.

The business has grown to the point where Mr York has invested nearly $5.5 million buying land in Forrestfield and building a new workshop, which will be officially opened this week.

The opening illustrated the buoyant state of the mining services sector in Western Australia.

“The only issue we have is finding more staff to help us out.”

The business had previously operated from what Mr York called an old shed.

It had been there since 2008 and quickly outgrew the facility but persevered until a month ago.

“Our staff frequently had to work out in the open as there was simply no room inside,” he said.

“They tolerated some pretty average conditions on some days.”

The business has grown to have 20 employees, including six apprentices.

Mr York said he had always reinvested in the business, giving him the capacity to fund the new workshop.

“In the early days, every dollar went back into the business,” he said.

“I used to look at other people with their jet skis and wonder what I was doing wrong, but I’ve always put money aside so I can pay my bills.”

The new workshop has extra space, overhead cranes, an indoor wash pad, and a proper office instead of a small donga.

It specialises in Cummins engines, after Mr York completed his apprenticeship with Cummins in Kalgoorlie in 1998 and later worked for that company.

Power generation was another large part of the business.

“We regularly travel to various mine site power stations to carry out routine maintenance through to major engine repairs, including in-frame rebuilds,” he said.

“This work has also taken us to overseas locations such as the Philippines and Africa.”

Another leg to the business was portable generator repairs, which has led to it supplying new generators.

Westralian also has a parts department led by Daniel Vella.

“This has also grown into a significant portion of the business as well,” Mr York said.

Its clients include mining, exploration, power generation and trucking companies.

The official opening tomorrow (Friday) will include local Federal MP Ken Wyatt and Yogi from ‘Outback Truckers’ as MC.