Western Power ahead of target

Western Power has reported a substantial reduction in operating expenditure for the third year in succession, and says it is on target to deliver $1.4 billion in savings across its current five-year access arrangement. 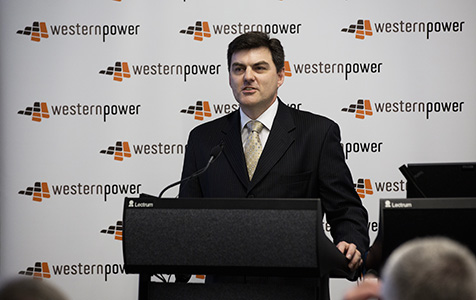 Western Power has reported a substantial reduction in operating expenditure for the third year in succession, and says it is on target to deliver $1.4 billion in savings across its current five-year access arrangement.

The state-owned energy utility has cut staff numbers from 3,725 to 3,572 over the past three years and is understood to have engaged consulting firm McKinsey to help it achieve further efficiency improvements.

Chief executive Paul Italiano said the business had been able to cut costs while also meeting or exceeding its service targets.

Mr Italiano said there had been a shift away from the traditional expectation there would be annual increases in operational spending.

Western Power has also substantially reduced capital expenditure below the level approved by the Economic Regulation Authority for its current five-year access arrangement, which runs to June 2017.

The ERA approved spending of $8.9 billion and the utility is currently on track for $7.5 billion.

Mr Italiano acknowledged lower-than-forecast growth was a significant contributor to this outcome, but said the utility had also introduced a more sophisticated approach to asset management, which meant it was better able to prioritise spending.

“The risk approach helped us to better identify what to do, and then the execution/delivery focus helped us execute that at a lower cost, and those two in combination produced quite a significant improvement in the capital program,” he said.

Mr Italiano praised the efforts of staff to work more productively and said the utility had also been disciplined in not diverting savings to other areas of spending.

The restructuring over the past three years has included a marked shift in the utility’s staffing mix.

“As much as we’re producing year-on-year opex reductions, and that’s great for us during this regulatory period, it means that gets locked in as the new normal at the next regulatory reset,” he said.

Western Power has engaged McKinsey to help review its priorities and prepare for the next five-year access arrangement.

“While we have achieved strong successes, we plan to continue to meet our customers’ expectations by operating even more affordably and seeking greater productivity gains,” Mr Italiano said.