Western Force has inked its seventh partnership in recent months, with tyre manufacturer Goodyear Australia to sponsor the men's team in the 2022 Super Rugby Pacific season. 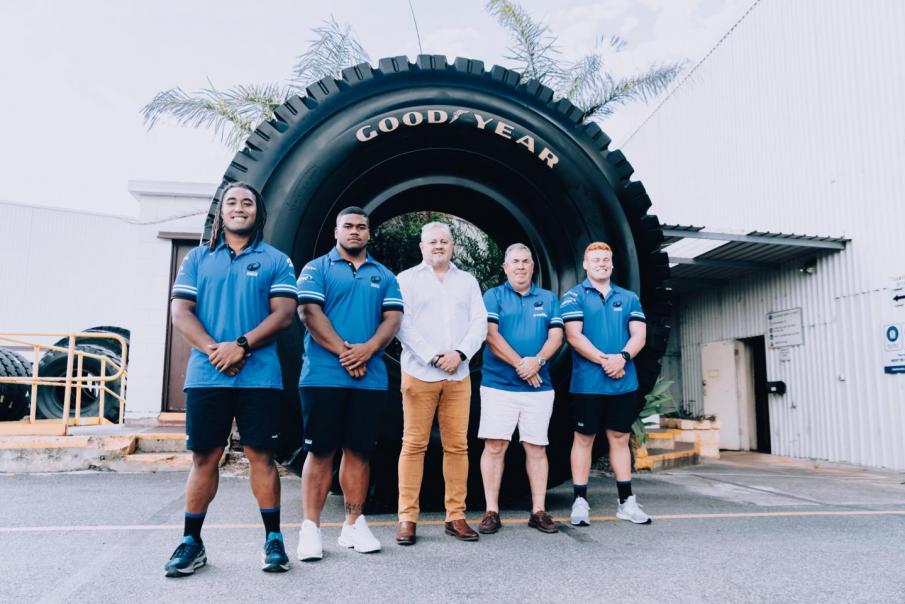 Western Force has inked its seventh partnership in recent months, with tyre manufacturer Goodyear Australia to sponsor the men's team in the 2022 Super Rugby Pacific season.

Goodyear’s branding will be displayed on the Western Force jerseys and training wear for a second year, with the company having signed on as an official partner of the Force in 2021.

That follows new recent partnerships with TABTouch, AMCAP International, and Retravision, as well as an extension to an existing partnership with recycling business CD Dodd, which has supported the Force since 2010.

Western Force chief executive Tony Lewis said the club was delighted to extend its partnership with Goodyear ahead of the 2022 Super Rugby Pacific Season, scheduled to run from February 18 to June 18.

“Having enjoyed a historic year together in 2021, it’s fantastic to see Goodyear increase their support of the club and rugby in Western Australia,” Mr Lewis said.

“As an organisation, we want to build on the strong foundations set last year, so it’s great to have our ambitious vision for growth shared by our partners in 2022.”

Operating in Australia since 1915, Goodyear's 'Autocare' network consists of about 140 shops including three in Perth, at Bassendean, Canning Vale and Melville.

Goodyear vice-president of sales and marketing in the Asia Pacific region, John Black, said the company couldn’t wait to engage with the Force and WA’s growing rugby community.

He said the club was a perfect partner for Goodyear, noting the Force’s history and fans.

The Perth franchise will be based on Australia’s east coast for the opening rounds of this year’s Super Rugby season due to Western AUstralia’s travel restrictions, with a match against the ACT Brumbies scheduled for February 19.