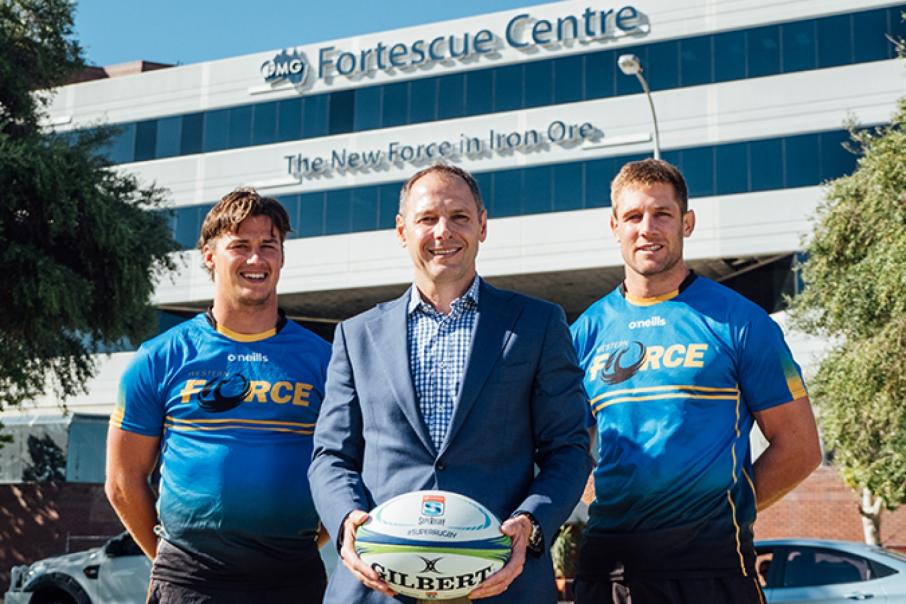 Western Force said the multi-year deal included exclusive naming rights for Fortescue (chaired by Mr Forrest), which will continue its support as a major partner of the club.

Fortescue chief executive Elizabeth Gaines said the academy would provide a pathway for Western Australians to reach the highest levels of the sport.

“Fortescue has a longstanding association with rugby in WA, supporting the efforts of volunteers and sportspeople who contribute to the strength, resilience and diversity of our communities through sport,” she said.

The academy, which will have a core focus on player welfare, includes a personal development curriculum centred on leadership, goal setting, exercise science, and nutrition.

Force footballer and former Wallabies player, Kyle Godwin, has been named as the ambassador for the program.

“It’s an absolute privilege to play for my state and represent everyone in Western Australia every time I take to the field in a Force jersey,” he said.

“I’ve seen first-hand how much the support of academies can have in forging a clear pathway to professional rugby, so I’m thrilled to see the dedicated Academy in action at the club.”