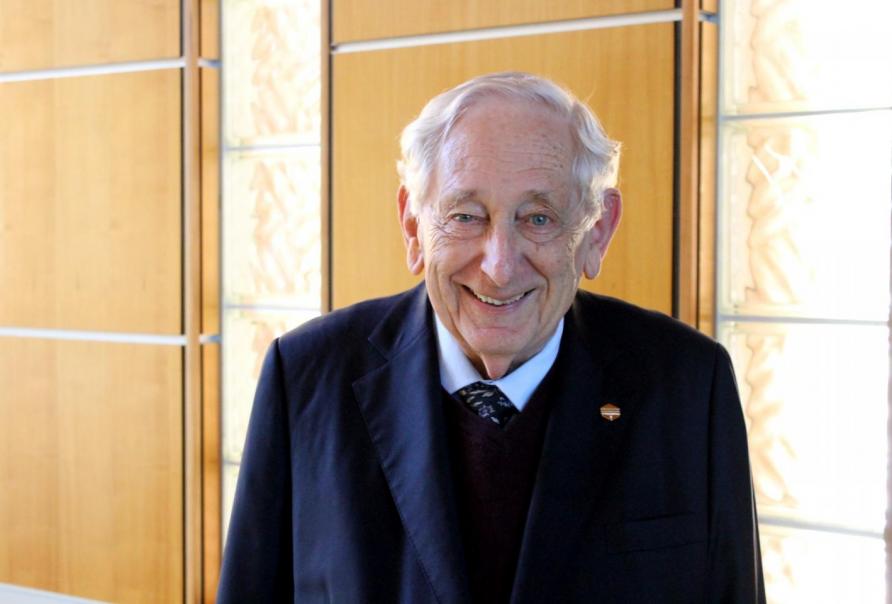 Professor Colin Binns was made an Officer of the Order of Australia for his work on human nutrition, medical research, tertiary education, and public health policy.

Former Artrage chief executive Marcus Canning and Fortescue deputy chief executive Julie Shuttleworth, both previous Business News 40under40 winners, were among the 84 Western Australians that were recognised in this year’s Queen’s Birthday Honours.

Governor General David Hurley prioritised diversity in the awards, wtih 44 per cent of those recognised in the 2021 honours being women.

“It is important that the Order of Australia represents the diversity and strength of Australia – for this to happen we need to ensure outstanding women, members of our multicultural community and First Nations people are nominated by their peers in the community,” he said.

Professor Colin Binns was named an officer of the Order of Australia for his ongoing contribution to medical research, tertiary education, public health policy and human nutrition.

He said he was humbled by the honour, which recognised his extensive history of public health and nutrition work.

“I believe because medical practitioners and researchers are seeking to help people, we must always show compassion, especially to those less fortunate members of our society, in Australia and around our region,” he said.

The Professor has had a seat at Australian dinner tables over the last 40 years, having played a role in the development of every set of Australian Dietary Guidelines since 1979.

Professor Binns is the editor in Chief of the Asia Pacific Journal of Public Health, and his research on breastfeeding has been published across more than 620 academic papers, books, and chapters.

Tracy Westerman, another 40under40 alumni, was recognised for her work in Indigenous mental health and suicide prevention.

Her company Indigenous Psycological Services led the way in Indigenous mental health- it is the first privately owned company to deliver psychological services to Aboriginal communities without government subsidies or ongoing funding.

Kate Stokes, former owner of the Diggers and Dealers Mining forum, was a recipient of an Order of Australia medal for her services to the minerals and mining sector and to the community.

Mrs Stokes took on running the Diggers and Dealers forum after the death of her husband and forum founder Geoffrey Stokes, and has been credited with creating the early August Diggers Conference held in Kalgoorlie.

Fortescue’s deputy chief executive Julie Shuttleworth was also made a member of the Order of Australia for her services to the minerals and mining sector.

Ms Shuttleworth has been involved in the mining industry for 27 years in Australia, China, Tanzania and South America, and sponsors the Julie Shuttleworth Prize in Mineral Processing at Murdoch University.

She was appointed chief executive of Fortescue Future Industries this year, and is leading the charge on green hydrogen, underpinning Fortescue 2030 carbon neutrality target.

Ms Shuttleworth said she was humbled by the positive recognition from work colleagues across the industry.

“When I started out as a metallurgist, I never imagined I would end up where I am today with such a fulfilling career in the mining and resources industry,” she said.

Andrew Lu, a 2017 Business News 40under40 winner, was recognised for a second time in the Queen’s Birthday Honours.

LWP Property Group’s founder and executive chair Danny Murphy was recognised for significant service to urban development and to the community, receiving a membership of the Order of Australia.

The founder of WA’s Fringe World Festival, Marcus Canning took home a membership for his services to the arts and the Perth community.

Ms Lockley was presented with the Great Southern Development Commission Medal by Regional Development Minister Alannah MacTeirnan for her services to the region’s natural environment.