Westacott changes shape of Wesfarmers’ board 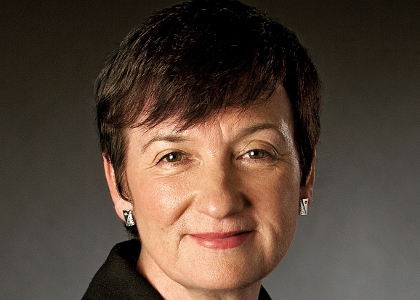 Wesfarmers’ inexorable shift from its Western Australian roots has continued with the announcement this week that Jennifer Westacott will join its board, ensuring that the Perth-headquartered conglomerate has a clear majority of directors from outside the state.

Arguably this geographic shift in boardroom power occurred late last year, when Seek co-founder and former CEO Paul Bassat was appointed in November, upsetting the previous balance between WA-based directors and those on the east coast. But that change could have been temporary and equilibrium could easily have been restored with the next arrival.

Instead, Ms Westacott’s appointment has clearly swung the momentum away from Perth, with the number of east coast members rising to seven (compared to the home-grown allocation of five). Ms Westacott is also the third female director at Wesfarmers, with women now making up 25 per cent of board members.

Ms Westacott is not just east coast based. As chief executive of the Business Council of Australia, she is likely to be a powerful addition to the board of Australia’s largest private employer. And she will not only further reweight the board towards the east; heralding from NSW, she will also give Sydney the numbers over Melbourne.

The fine east-west balance in the boardroom was relatively short-lived, having only existed since 2010. It was, in fact, more of a transition phase, as Wesfarmers has, operationally, become a more national company, having expanded its presence across Australia with the purchase of Coles and the expansion of Bunnings, both of which are Melbourne-based enterprises.

Of course, Wesfarmers’ executive is still headquartered in Perth, a position its management claims provides certain advantages over rivals located in either of the country’s two main population centres.

As a corporate centre that makes strategic investments in assets and employs autonomous management teams to run them, there is a strong argument that it does not need to be where its markets are.

Outside of the founders and executives, Berkshire Hathaway’s board is well diversified beyond Nebraska.

To a certain degree the Wesfarmers board’s geographic shift east is the second such major transition since it restructured in 1984 from being a farmers’ cooperative to list on the stock exchange.

For the early part of its life as a listed entity, the majority of board members were farmers or residents in rural communities aided by a few in the city, including key executives such as former managing director and later chairman Trevor Eastwood.

The inaugural chairman was Katanning farmer Sir Marcus Beeck, although his reign was short-lived due to ill health. One of the longest-serving members of the original board was Pilbara pastoralist Donald Forrest (the father of iron ore magnate Andrew) but his nearly 10 years as a director is left in the shade by a couple of long-serving cockies, including Bencubbin farmer Kevin Hogan’s 17.3 years.

The early rural domination of the board started to change when Michael Chaney joined in 1988, and was well under way when he became managing director in 1992. By 1996, Perth-based directors were in the ascendency and the board had its first east coast representative, David Asimus, albeit a farmer who had become chairman of the Australian Wool Corporation.

On paper David White, who stepped down in 2010 after more than 20 years, was the last Wesfarmers director to have a WA regional address (in Beverley), although current CEO Richard Goyder might argue that his childhood in Tambellup qualifies him as a representative from the bush.

Patricia Cross was the first woman on the Wesfarmers board, signing up in 2003. Ms Cross left in 2010 after serving more than seven years. There have been two female directors for most of the period since Perth-based Diane Smith-Gander joined in 2009, followed shortly after by Sydney-based Vanessa Wallace.

But the appointment of Ms Westacott makes this the first time there have been three simultaneously.

Bob Every, from Sydney, is the first non-Western Australian to chair the board. He took over from Mr Eastwood in 2008. Mr Eastwood served just more than 22 years on the board, the second longest, a contribution spilt into two periods separated by more than two years in the mid-1990s when he stepped down as managing director in 1992. He rejoined the board in 1994 and became chairman in 2002 when Harry Perkins stepped down.

Wesfarmers certainly has stamina in its boardroom. Three directors have served more than 20 years and 17 have managed more than 10. The average, since listing, is 9.4, although it rises to 10.4 among the directors who have resigned during the past 29 years.