The engineering arm of WestStar Industrial has secured works at Rio Tinto’s Koodaideri iron ore site under a $6 million subcontract with Laing O’Rourke. 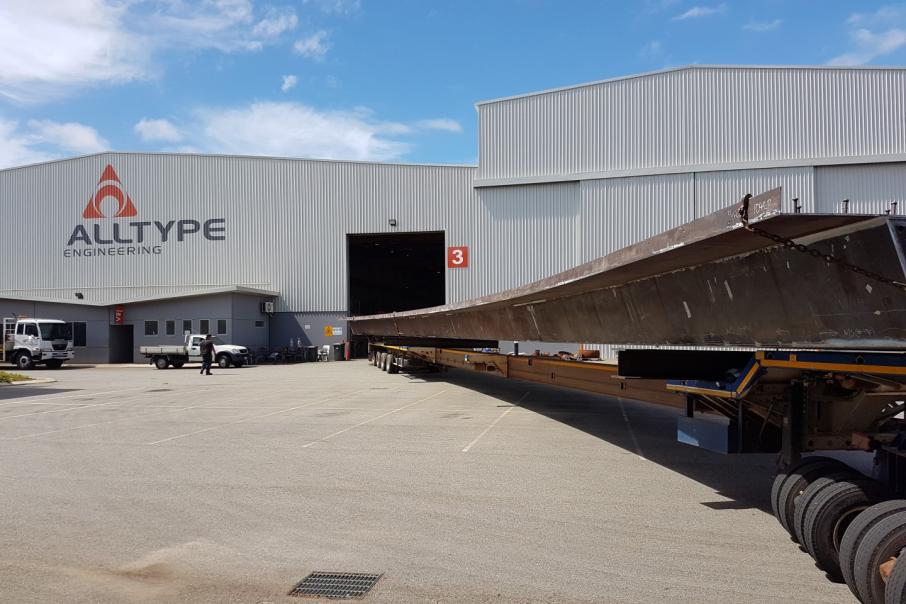 Alltype Engineering will complete some works under the Rio subcontract at its Naval Base workshop.

The engineering arm of WestStar Industrial has secured works at Rio Tinto’s Koodaideri iron ore site under a $6 million subcontract with Laing O’Rourke.

WestStar, through its Alltype Engineering subsidiary, will complete structural, mechanical and piping works for phase one of the Koodaideri mining plant, which will have the capacity to process 43 million tonnes of ore per annum.

The $2.6 billion project is scheduled to begin production later this year.

WestStar acquired its Alltype business last November through an all-scrip deal worth about $5.9 million.

The purchase included Alltype’s 7,000 square metre fabrication workshop in Perth’s Naval Base, where structural steel elements for the Koodaideri plant will be assembled.

Work will begin immediately, with plant installation to occur up until January next year.

He said Alltype, which has operated for more than 35 years, was now focused on multidiscipline construction solutions and technology partnerships with original equipment manufacturers.

“This strategy continues to unfold with our established local fabrication capability and by building upon successive projects delivered of increasing scale and complexity with existing and new clients,” Mr Andrijich said.

“The support of our new owner WestStar Industrial allows the group to executive larger contracts previously constrained by working capital, as well as start to expand the operational footprint to the east coast of Australia where there is further market opportunity for this offering.”

The company, through Alltype Engineering, recently secured a $7 million subcontract at Fortescue Metals Group’s Christmas Creek iron ore mine, as well as $2 million in contract extensions through its SIMPEC subsidiary for work in Sydney.