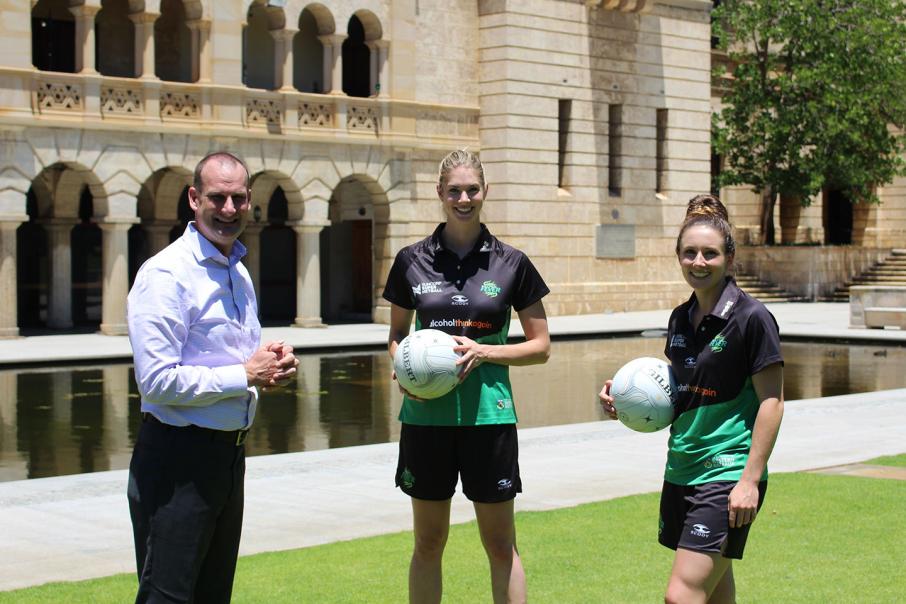 Kent Anderson says the university is proud to help raise the profile of women's sport through the new partnership with West Coast Fever.

UWA joins other major club partners the City of Perth and Telstra, with a three-year partnership deal – a first for an elite female sporting team and a tertiary education institution in WA women’s sport.

Netball WA chief executive Simon Taylor said it was a landmark day for the club.

“The UWA brand is synonymous with excellence and success, both here in the west as well as on the national and international stage, and is an institution we are incredibly proud to partner with,” he said.

“This partnership represents the type of truly integrated relationship our club prides itself on establishing within the West Australian community and I have no doubt that UWA will provide Fever with a competitive edge, both on and off the court, as we enter the Suncorp Super Netball era.”

The partnership will extend off the court to work placement opportunities for UWA students as well as student and staff volunteering prospects at key Netball WA and West Coast Fever events.

UWA deputy vice-chancellor community and engagement, Kent Anderson, said the opportunities facilitated through the unique partnership would provide benefits to both UWA and the wider community.

“UWA is particularly proud to be supporting one of our elite women’s sporting organisations, and helping raise the profile of women’s sport on a national scale,” he said.

The club’s 2017 Suncorp Super Netball season will begin on February 19 against the Adelaide Thunderbirds at Priceline Stadium in Adelaide.

West Coast Fever will officially launch its 2017 campaign at a free event held at Forrest Plac, tomorrow at 11am.