Wesfarmers says it will raise about $864 million through a bond issue under its Euro Medium Term Note program. 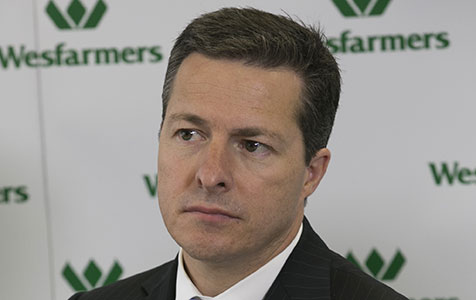 Wesfarmers says it will raise about $864 million through a bond issue under its Euro Medium Term Note program.

The company said the issue would consist of seven-year notes at a margin of 55 basis points over the Euro seven-year mid swap rate, maturing in October 2021.

“The proceeds of the issue have been fully hedged and will be swapped back to Australian dollars at a fixed coupon of around 4.7 per cent,” the company said in a statement.

Wesfarmers finance director Terry Bowen said the money raised from the bond issue would be used to extend its debt maturities, while maintaining a presence in key credit markets when conditions were favourable.

“We are very pleased with the ongoing support from investors for the issue and the continued reduction in the group’s funding costs,” he said.

The proceeds will also be used to fund “general corporate purposes and group funding”.

The issue of notes is expected to be completed by October 7.

In August, Wesfarmers lifted its full-year profit by 19 per cent to $2.69 billion, and said it would give an extra $1.1 billion back to its shareholders.