Wesfarmers sticks to its guns on Homebase

Wesfarmers remains confident its move into the British home improvement scene will be a winner, despite recent criticism. 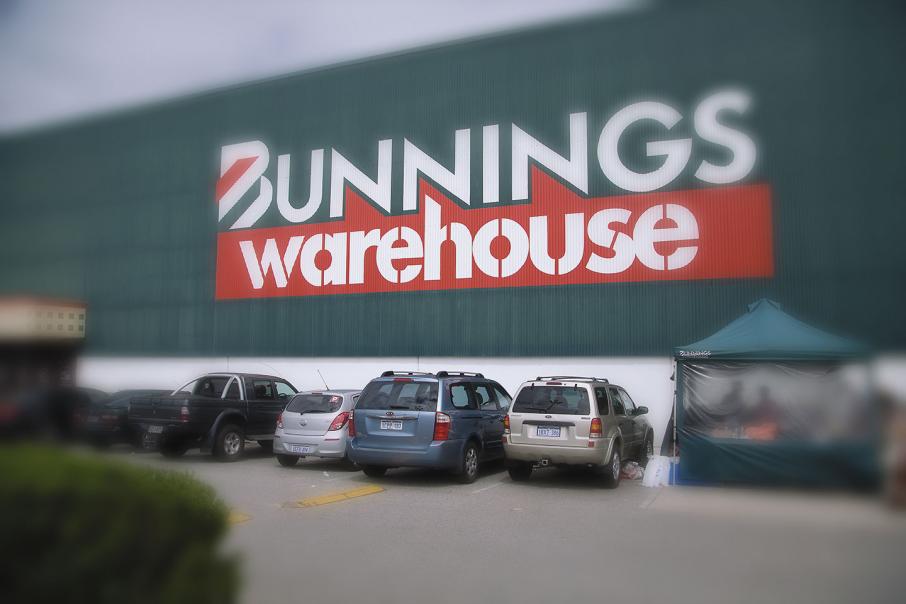 MODEL: Wesfarmers spent $705 million buying Homebase in the UK, and wants it to adopt the Bunnings way of doing business. Photo: Attila Csaszar

Wesfarmers remains confident its move into the British home improvement scene will be a winner, despite recent criticism.

It’s never wise to bet against Wesfarmers, so not many people were listening recently when investment banker David Errington was sharply critical of the Perth-based company’s expansion into British home improvement retailing.

One reason the Bank of America Merrill Lynch analyst’s attack over the $705 million acquisition of the Homebase business was discounted is that he has said similar things about Wesfarmers in the past.

Almost exactly nine years ago, Mr Errington was critical of Wesfarmers’ big move into retailing – its $22 billion takeover of Coles.

In the short-term, Mr Errington was wrong about the acquisition of Coles, but within a year he was very right as the GFC rocked every company in the world (and Wesfarmers’ share price plunged 65 per cent, from $46 to $16).

In hindsight, Wesfarmers had bitten off more than it could chew, forcing it to make a massive share issue to retire debt incurred in the Coles deal, and then spend the next five years rebuilding its share price.

It could be argued that Mr Errington was right, but for the wrong reason. He reckoned Coles, under its previous management, had been ‘driven into the ground in order for short-term objectives to be met’, and that Wesfarmers should watch out for ‘cash bleed’ because it had ‘materially underestimated how much it would need to spend to reinvigorate Coles’.

That view triggered a ‘sell’ recommendation on Wesfarmers and a share price forecast of around $35 when the stock was trading at $46, a brave tip that ended up looking generous when the GFC struck in mid-2008.

Whether Mr Errington is right with his criticism of the Homebase deal will only be known at a later date, but dismissing him in the way Wesfarmers management did was not a good look and might one day come back to bite them.

What annoyed Wesfarmers executives this time around was Mr Errington’s comparison of the Homebase deal to the failed investment by retailing rival Woolworths in the Masters hardware business.

They see key differences between the Homebase deal and the Masters flop, starting with the fact that Homebase already has an extensive shop and supplier base and is ripe for an overhaul after a decade of mismanagement. Masters, on the other hand, was a new business that tried to introduce American-style home improvement retailing to an Australian market.

So Wesfarmers is confident that, with those factors in place, Homebase should succeed over time as it is converted to the Bunnings way of doing business.

But where Mr Errington wins, perhaps without realising it, is in the way he has succeeded in once again getting under the skin of Wesfarmers’ management by raising questions at an awkward time when they are least wanted.

By questioning whether Wesfarmers can successfully export its highly successful Australian hardware (home improvement) retailing to Britain, Mr Errington has reminded investors that:

• few Australian companies have succeeded in the past with similar attempts to export their way of doing business to a foreign market; and
• Wesfarmers needs a win.

Heavy losses and asset value write-downs in its Target retailing business and its coalmining investment has rubbed some of the gloss off a company that traditionally gets it right more often than wrong.

Interestingly, Mr Errington is not a lone voice this time as he was when criticising the Coles deal; and while no-one has been as outspoken as he has, it is significant that other investment analysts have gone cold on Wesfarmers, though not because of the move into Britain.

Of eight investment banks monitored by the investment service FN Arena only one, Macquarie, is recommending Wesfarmers as a ‘buy’. Six are neutral and one, Citi, says ‘sell’ – for a reason that is more important than hardware retailing, and that’s the Coles food and liquor retailing business.

“Coles is under pressure in our view which has a far bigger impact on group earnings,” Citi said.

Homebase, on the other hand, could produce some easy and quick wins for Wesfarmers.

But inside a group that boasts annual sales of more than $60 billion, scoring a win in a British hardware investment could be insignificant if the big bits of the business are bruised.

No-one has said this yet, but what the analysts seem to be getting at is that Homebase in Britain might be causing Wesfarmers’ management to take its eye off the main game in Australia.