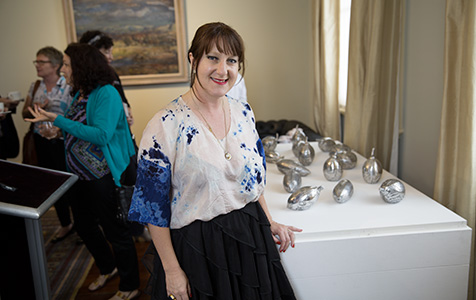 A partnership between Wesfarmers and an indigenous art group has generated a new business opportunity.

To celebrate its centenary this year, Wesfarmers commissioned indigenous artists from Waringarri Aboriginal Arts to produce a set of limited edition celebration gifts.

The gifts were a set of 15 aluminium casts of boab nuts with traditional engraving unique to the Kimberley region of Western Australia.

Wesfarmers Arts manager Helen Carroll said the project was intended to extend beyond the centenary gift.

“The idea of the centenary gift was always twofold - to commission a gift that has wide appeal and is fresh and innovative, and one that provides a long lasting impact for its aluminium editions,” Ms Carroll said.

“’[The project] has assisted Waringarri’s objective to embrace a future with wider audience reach, support the development of new art forms and creative enterprises, as well as nurture emerging artists who will sustain the art centre  in the years ahead,” Ms Cummins said.

“Techniques and materials developed for the project are now being used by Waringarri on architectural-scale bronzes and small boab sculptures for the gallery market, as well as boab pod inspired jewellery for private commissions and public sale from early 2015.”