ANALYSIS: As many retailers struggle to deal with the internet revolution, Wesfarmers is undertaking two significant experiments in managing the disruptive influence of online trading to bricks-and-mortar businesses. 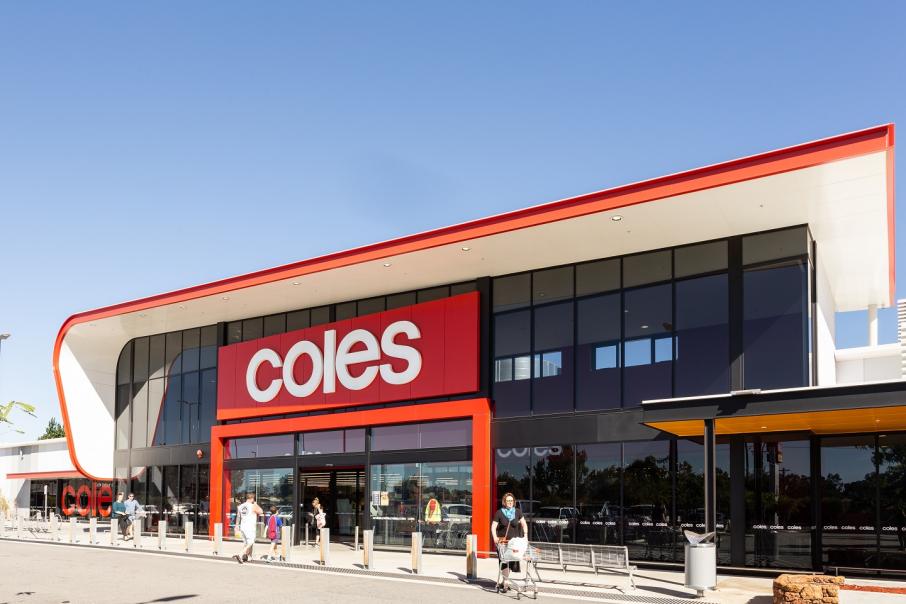 Investors have been wary of Coles since it relisted last November.

ANALYSIS: As many retailers struggle to deal with the internet revolution, Wesfarmers is undertaking two significant experiments in managing the disruptive influence of online trading to bricks-and-mortar businesses.

The first is in the form of an exit, spinning-off the Coles supermarket chain by shifting 80 per cent of the increasingly internet-exposed business directly into the hands of Wesfarmers’ shareholders, leaving the parent company with a 20 per cent stake.

The second is exactly the reverse of cutting exposure to retail and that’s a drive by Bunnings, the Wesfarmers hardware division, into internet shopping and an expansion beyond hardware.

The jury is out as to which is the better tactic – limiting or increasing exposure.

With Coles it seems investors are not satisfied with the creation of a standalone food and general grocery retailing business fully exposed to strong competitors in the form of Woolworths, IGA, Aldi, Costco and others.

Since relisting in late November, the Coles share price has sagged from opening day sales at $12.75 to latest trades at $11.68, a fall of 8.4 per cent over four months, with a portion of the fall likely to be the result of some Wesfarmers shareholders not wanting pure-supermarket exposure.

However, over the same time it’s interesting to note that the ASX all ordinaries index is up by 7.4 per cent, and the share price of arch rival Woolworths is up 5 per cent.

Share price movements over a relatively short time are a rough measure, another is to see what a more detailed analysis of Coles reveals, especially in comparison with its rivals.

And this is what investment bank UBS has just done.

In a report on the Australian supermarket sector, UBS started by asking a question: ‘Why are 1,100 shoppers shopping more at Woolworths & less at Coles?’

That question stemmed from a survey last month by the bank that involved quizzing 1,100 shoppers on their buying habits and shop preferences based on seven categories, with answers provided by toggling up for ‘approve’ and down for ‘disapprove’.

Woolworths and IGA scored one down and six up. Aldi had five down and two up. Coles was down on all seven, a score that redefines its ‘Down Down’ advertising slogan of last year.

“Woolworths is executing best in the eyes of shoppers,” UBS said. “With evidence of accelerated (market) share gains almost entirely due to share loss at Coles.”

In terms of investment advice UBS has Woolworths and Metcash (the company behind IGA) on its ‘buy’ list, and Coles as a ‘sell’.

For Wesfarmers, shifting 80 per cent of Coles off its books has been a good move, limiting exposure to a business in an intensely competitive industry and one being buffeted by internet retailing.

Bunnings is a different story, and while the changes planned are in their formative stage it is a bold move by Wesfarmers to try and expand Australia’s most successful hardware chain by adding more home improvement options and a greater offering to commercial customers.

Multiple factors are behind the expansion of Bunnings into areas that have traditionally been a small part of the business, with the most important being that sales of hardware are probably hitting a natural ceiling and growth is becoming harder to achieve.

However, by going down the path of trying to sell kitchens, bathrooms, window furnishings and flooring, Bunnings is drifting closer to the shape of Homebase, the British business it acquired and then sold at a thumping loss a few years ago.

Wesfarmers’ public relations staff will be a little annoyed at my drawing the comparison with the new Bunnings (in its experimental phase) with the Homebase disaster.

There is, however, a comparison to be made, and when I read the background notes to the Bunnings plan I couldn’t shake off the impression that I’d seen it all before during a visit to a Homebase store in London soon after Wesfarmers bought the ill-fated business in 2016.

Rather than seeing a simple hardware store I encountered a business trying to be all things to all people, selling packaged kitchens, bathrooms, furniture and even beds.

Executives of Wesfarmers were so annoyed at my negative report they flew a journalist from a rival media outlet to London to show how good a rebranded Homebase under Bunnings colours looked – about a year before pulling the plug on the disaster, booking a $1 billion loss.

Now we have Bunnings in Australia travelling a similar road to Homebase in Britain, adding product lines and an internet sales option.

This time, the all-things-to-all-people hardware store (which is what a reshaped Bunnings could become) might succeed because the changes are being made from a position of strength, whereas Homebase was a stale and tired-looking chain of shops.

Not everyone agrees with the optimistic view, largely because of the timing, given much of Australia is in the midst of a deep slump in housing.

And while it’s true that do-it-yourself booms are in a downturn, big-ticket items such as a new bathroom or kitchen could be hard to shift.

Investment banks that have looked at the experimental Bunnings in the Melbourne growth corridor of Craigieburn, about 40 kilometres north of the central business district, have mixed views.

Macquarie Capital quite likes the shift of Bunnings into what it calls a “home lifestyle business as opposed to a hardware chain”, a big step for Wesfarmers’ plum asset that accounts for 60 per cent of the group’s pre-tax profit.

Citibank and UBS are less enthusiastic.

Citi described the changes at Bunnings as “looking for growth in new places”, adding that analysis of growth on sales-per-square-metre basis had been limited, a result of “cannibalisation”, with new stores hurting old stores and from expansion into lower sales productivity (lower profit) in bigger stores. Citi rates Wesfarmers a ‘sell’ with a share-price target of $29.

UBS said the key message from the Bunnings tour of Craigieburn was that management saw a significant runway to growth via category expansion to mitigate near-term housing headwinds.

The problem with the new offerings, according to UBS, is that they are more competitive and higher cost to serve.

UBS shares Citi’s view that Wesfarmers is a ‘sell’ but the price target is higher at $32.60.