SPECIAL REPORT: A health software startup with key backers in Perth is targeting a $US1.2 billion market led by global player Virgin Pulse. 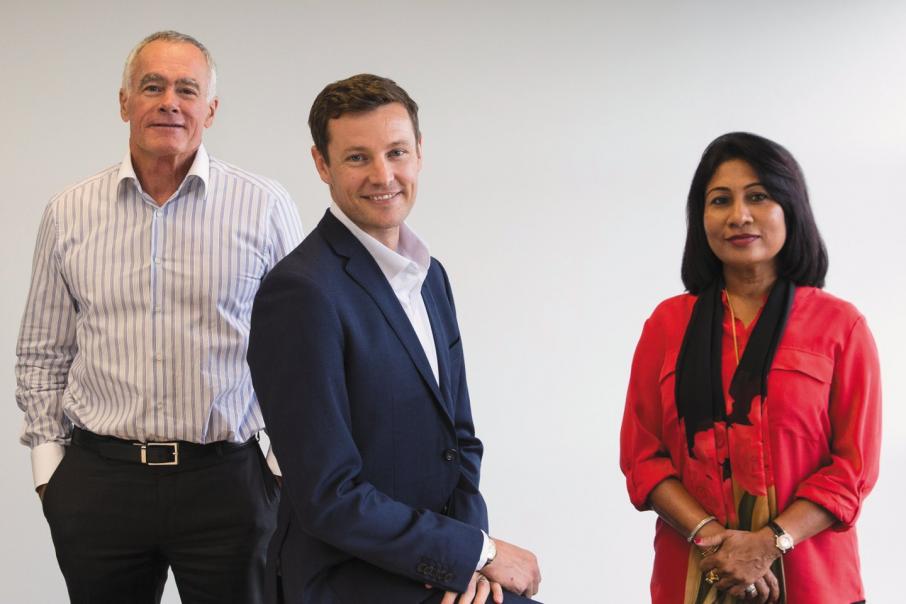 While that business focused on injury prevention in the resources sector, their current venture has much larger aspirations.

“We wanted to amplify that with technology so we could reach a larger population base,” Mr Montgomery said.

“We had ambitions to have a global product.”

The result is WellteQ, which until last month was known as Globetrekker Challenge.

Its core business is developing apps for wearable devices to deliver health improvement programs for employees.

As such, it is targeting the same market as Virgin Pulse, a global company backed by Richard Branson’s Virgin Group and several big investment funds.

Virgin Pulse said the market for employee wellness, engagement, rewards, and recognition was worth $US1.2 billion.

The expanded Virgin Pulse still has only a small part of that; with 5 million participants spanning 6,500 business customers across 185 countries, it expected annual recurring revenue to exceed $100 million in 2016.

“We met about a year ago,” Mr Poynton said.

“I like these guys, they know what they’re doing, and I really like this whole wellness space.”

WellteQ has completed a $1.2 million seed capital raising and lined up Melbourne firm Peak Asset Management to advise on an IPO planned for early next year.

“That has fuelled the growth for us over the past 12 to 18 months,” Mr Montgomery said.

It has developed three programs: in holistic health, mental health and financial wellness, with the latter tackling one of the main causes of mental stress.

Mr Montgomery said the business had a seven-figure revenue last year and was seeking to build on that.

Customers include the Commonwealth Bank, Telstra, Sydney Trains, Edith Cowan University, and Citibank, while internationally it works with banks and insurance companies.

While the business had its origins in Australia, it has been based in Singapore since 2014.

Mr Montgomery said this made it easier to recruit technology talent and also gave it proximity to more big employers.

Its desire to expand internationally was highlighted by the recent appointment of Mariyam Shakeela as a director.

Dr Shakeela previously served as chairperson at the World Health Organisation’s executive board during her time as minister for health in the Maldives.

WellteQ has a per user revenue model, and will also earn income from selling wearables, such as Fitbits, to clients.

In addition, it has a ‘white label’ partnership with wearable brand Striiv, to supply wellness software for the global rollout of its devices.

Mr Montgomery said WellteQ needed to appeal to both employers and their staff.

For employers, it has developed a real-time analytics platform to help them identify and understand risks.

“They can use that to build better HR strategies around employee engagement, benefits and health,” Mr Montgomery said.

To encourage participants, it has a package of tools including posters, intranets, and videos that it supplies to clients.

“We incentivise participation in healthy activity over a period of time designed by the employer,” Mr Montgomery said.

As well as being a co-founder and director of WellteQ, Mr Long is chief executive of The Feel Great Challenge, a 12-week weight loss program that can be accessed via a mobile app.