Welfare plan has sting in the tail

The middle class welfare to which we have all become attached makes it hard for many to stomach the arguments proposed by Andrew Forrest. 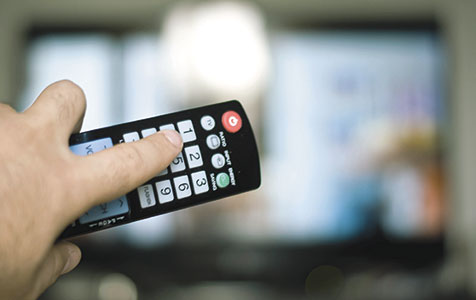 A LITTLE HELP: The true cost of running some of our home appliances would shock many if electricity price subsidies stopped.

Is Andrew Forrest right when he tells us that people on welfare should not have cash?I reckon he's onto something. The first argument against him – that rich people shouldn't tell poor people how to spend their money – is easily dismissed. It's not their money, and quite of bit of it is his. If you want to take money from the government, welfare of any sort, you need to accept that you might be told how to behave.

There is a sting in the tail for all of us, though.

For example accessing universal healthcare ought not come without conditions attached. We already pay taxes to defray the cost of health care in the future, but this is inefficient. If you want free health care, you might have to stop drinking, smoking and eating badly ... maybe even sunbathing?

If you want the government to keep electricity prices artificially low should you also be prepared to use power more wisely – maybe don't buy that 60-inch flatscreen.

If you want cheap transport maybe you need to accept that you can't have a car for the weekends or must live in an apartment within walking distance of a railway station.

That's the slippery slope that starts with Forrest's plan. Sure, he has targeted people on 100 per cent welfare and I agree with him.

But a huge part of the population is on a smaller percentage of that, on what has become known as middle class welfare. Free health care, cheap energy, subsidised public transport, public education ... there is a lot of take-out in the community and not much give. People believe that because they pay taxes they have earned this. But rights come with responsibilities; does the 'right' to enjoy free health care come with 'responsibility' to look after yourself in the best possible way?

After all, isn't the free stuff there to help those who are unlucky? They were born on the wrong side of the tracks or something unexpected came up and hit them for six. We all appreciate that some form of insurance policy is necessary to maintain our version of a civil society. But if you do all the wrong things and they catch up with you, are you unlucky or did you just pass on the cost of your past good times to the taxpayers of today?

It all sounds like the fun police, doesn't it?

None of us wants to be told what to do, even if deep down we agree that it may be for the best – both personally and for society.

Individual freedom and community responsibility intersect here in a way that is very complicated and difficult to change.

The politics is ugly because people, typically, don't vote to give up what they already take – and they sure don't vote for big brother to interfere in their lives.

That's for other people, right?

Steady as she goes

It seemed very much against the grain of current thinking that recently published Melbourne Institute research found rich in Australia were not necessarily getting richer.

Income inequality is always a hot topic but the intensity of the debate has increased more recently due to the work of French economist Thomas Piketty, who has argued that wealth is concentrating and needs to be taxed more.

In supplying Australian statistics to a global database being compiled by Piketty, the Melbourne Institute found that, in terms of income at least, the top earners in Australia are not getting a bigger slice of the pie than they were.

For instance, in the 2011-12 financial year, the income for the nation's top 1 per cent of earners was 7.7 per cent of total income, staying relatively stable from 2006 levels where it was 7.8 per cent.

The report by the institute, which I have not seen, suggests that the top earners did get more of the pie from the early 1980s to the start of the century, at which time it started to plateau.

Most interestingly, from articles I have read, the income distribution today is not unlike a century earlier when Australia was one of, if not the richest countries in the world, a place to be envied for its standard of living – just as it is today.

That suggests we have it about right. And, of course, income distribution is not everything. No matter what strata of society you belong, Australia stands out as one of the best places to live on measures upon which simple income is put in the shade.

In terms of infant mortality, access to high-quality health and education, and the level of personal security, it doesn't matter whether you have an income or not, you'll most likely be better off than even some of the richest people in many other countries.

So, instead of being jealous of others' wealth, we ought celebrate the fact that we are all getting richer – and the more people earn, the more taxes they pay to help invest further in making this a great place to live.