Welcome to WA, the self-sustaining state

From an economic perspective, WA would be capable of going it alone. 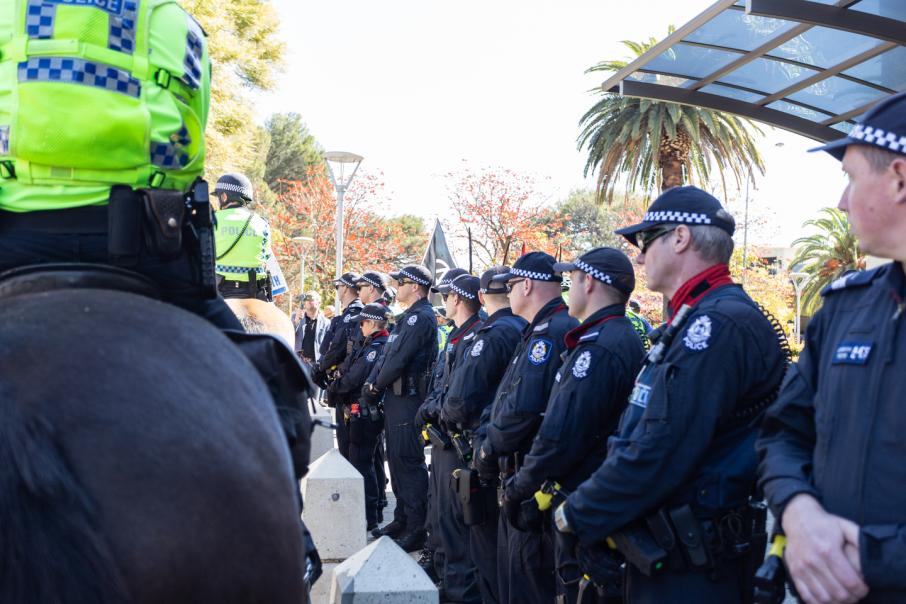 The WA government spends $31bn on services such as police, health and education. Photo: Gabriel Oliveira

Deep in the state budget papers is a figure that holds the key to modelling how Western Australia would pay its way as an independent nation, if the need ever arose.

The paper states: “It is estimated that the Commonwealth derived $56.8 billion in revenue from WA”.

What would the WA budget look like if we were to go it alone?

We would forgo this grant support as a standalone nation.

Add the aforementioned $57 billion in federal tax derived in WA to our own $21 billion collection and you get a proforma standalone tax take of $78 billion.

On the expenditure side, the WA government spends $31 billion on services such as police, health and education.

Included are large federal partnership programs in housing, non-government schools, roads and the like.

At first glance, we are left with a $47 billion surplus.

But we now need to replace the federal money transferred to everyday Western Australians.

There is very scant data on the state-by-state allocation of federal expenditure, so we need to rely on what we call the 10 per cent rule.

WA is 10.3 per cent of the national population, so this method of allocation is financially mirrored for our modelling purposes.

The national spend on welfare and transfer payments (pre-COVID-19) was approximately $160 billion.

WA would continue to fund and care for our pensioners, unemployed and disabled at a cost of $16 billion.

Today, the actual current local spend would be well south of this, as the defence presence is very small.

New Zealand, with twice the population of WA, has a very good defence force, comprising 9,000 personnel and costing $3.9 billion.

The number of defence force personnel based in WA is well short of that.

For those wanting stronger defence in WA; a standalone WA defence force would be far more capable than what we have at present. Waters and rivers attract attention as another example.

Wouldn’t it be better to spend our 10 per cent (or $320 million) on assistance for our own stressed rivers and waterways?

Do you think politicians in Wodonga or Renmark will ever spend federal money rescuing the Swan or Blackwood rivers?

In summary, using the 10 per cent rule, an independent WA would need to spend $31 billion to replace the slice of our current Canberra spend. (Remember, we had $47 billion in the kitty, so we arrive at a surplus of $16 billion).

The same WA Treasury paper quotes the federal contribution, or surplus, at $15.5 billion, so perhaps they used the same approach.

So how could we spend that surplus?

What’s the social dividend for a standalone WA?

Let’s start with the low-hanging fruit and abolish payroll tax ($3.6 billion) and all stamp duty ($1.1 billion).

This would immensely support employers and homebuyers, while eradicating an entire level of state regulation.

To help pensioners and concession card holders, we could eliminate out-of-pocket expenses for pharmaceuticals.

We abolish fringe benefits tax ($400 million) to kick-start the northwest cities as was originally planned.

The cost of these significant reforms to the standalone budget would be $8.5 billion, but imagine the effect on business and household incomes.

Meanwhile, we would still maintain the safety net for the aged, frail and needy.

There would be an employment boom in defence, science, arts and agriculture; in fact across every facet of society.

The domiciling of taxation would trigger enormous multiplier effects to the internal economy, and kick-start and create social capital in new and diverse career opportunities for WA jobseekers (halting the brain drain we have experienced for decades).

The regions would boom.

We would be left with a $7.5 billion surplus to retire debt or support infrastructure projects, and build regional cities.

For the naysayers, that’s a 10 per cent buffer.

The numbers appear to stack up.

What do the people of WA think?