The organisers of Perth’s inaugural Festival of the Web, which will incorporate the International World Wide Web conference, hope to attract 3,000 delegates to the Western Australian capital next April. 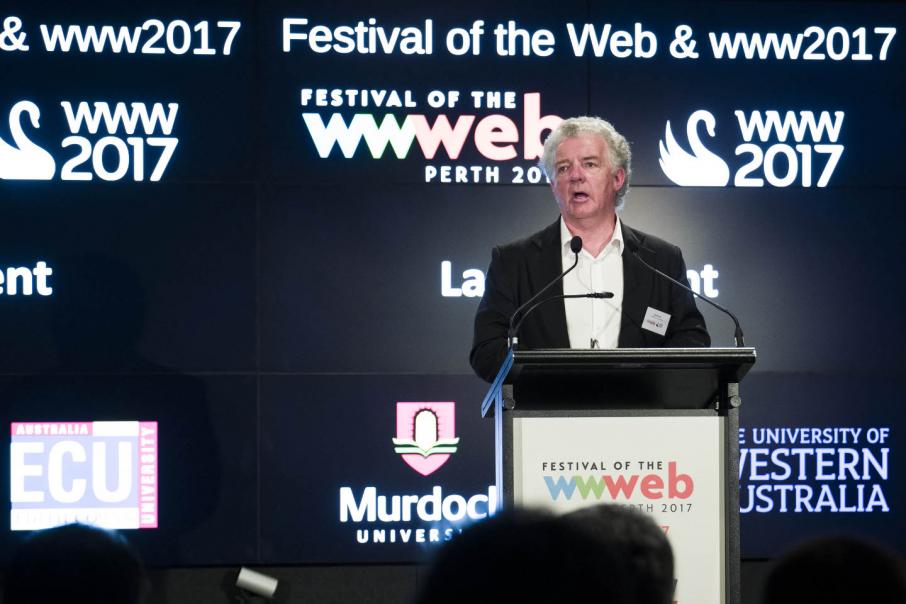 The organisers of Perth’s inaugural Festival of the Web, which will incorporate the International World Wide Web conference, hope to attract 3,000 delegates to the Western Australian capital next April.

The eight-day festival will feature a dozen conferences and events, including WWW2017, which is being held in Perth for the first time in its 26-year history.

The WWW conference was previously held in Australia in 1998, in Brisbane, when a couple of unknown PhD students from Stanford University, Sergey Brin and Larry Page, famously previewed the business concept that became Google.

The keynote speaker for WWW2017 will be Mark Pesce, who co-invented the virtual reality modelling language (VRML) that became the first standard for interactive 3D graphics on the internet.

Another international speaker will be Emily Bell, the former editor-in-chief of The Guardian websites and founder of the Tow Center for Digital Journalism at Columbia University.

The festival program was launched this morning at Curtin University by Innovation Minister Bill Marmion and Rick Barrett, who is director of the festival and co-chair of WWW2017.

Mr Barrett said he was hoping for 1,500 local, interstate and overseas delegates to attend WWW2017, and a similar number to attend the other conferences and events.

Perth won the WWW2017 conference after the city’s four public universities teamed up with the Perth Convention Bureau to bid for the hosting rights against competing cities including Sydney.

In addition to WWW2017, the festival will include conferences on topics such as accessibility, big data, the internet of things in the resources sector, web governance and privacy, and an event titled Serious Games and Applications for Health.

For something a little different, the festival will also combine an extreme sports event with a pitch event for app developers and other innovators.