We may soon LOL at idea WFH a long-term trend

WFH has the look and feel of a brace of new acronyms that have been born from social media, most notably Twitter, which limited character use and thereby encouraged users to reduce pithy phrases to just a few initials. 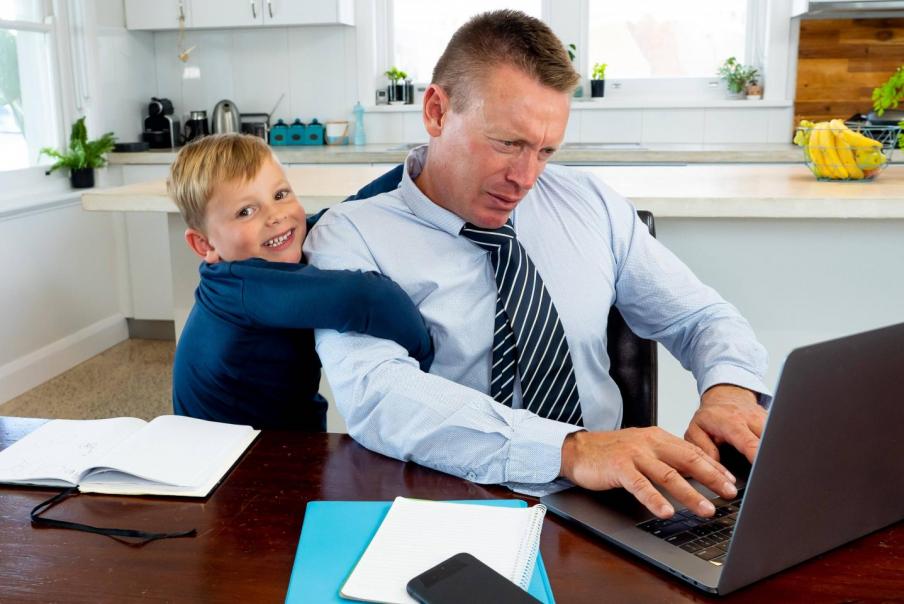 The rapid trend to working from home does not work for everyone. Photo: Stockphoto

WFH has the look and feel of a brace of new acronyms that have been born from social media, most notably Twitter, which limited character use and thereby encouraged users to reduce pithy phrases to just a few initials.

But WFH is much bigger than that. It has entered the lexicon as both an acronym and a phrase – work from home – by and large because it is the cultural trend most exacerbated by the pandemic and the efforts to curb its spread.

Working from home was, in the first instance, the easy answer for a great deal of society’s non-essential workers as Australia locked down and sought to socially distance as much as was humanly possible.

The reason it worked was twofold.

Firstly, the technology was available. Secondly, in rich nations, the shift from manufacturing to services meant big parts of our workforce could, temporarily at least, be dispersed without a major shock to the organisations or sectors they worked in.

An added advantage for Australia was that workforces in our remaining ‘traditional’ industries, such as mining and agriculture, had been largely shielded against transmission.

But, let’s be clear, WFH is not possible or workable for everyone in the short-term and has other serious ramifications for society in the longer term because it disproportionally impacts lower paid and younger workers in a negative way.

I must admit, the first period of lockdown – if we can even call it that in Western Australia – was not particularly problematic for me.

COVID-19 undoubtedly caused stress in my workplace and family when it became clear WA had to act.

There was concern about the viability of the business and job security, while we also had to consider the educational activities of children and the protection of their grandparents.

But, after a brief period of heightened uncertainty, I found many elements of the work from home experience were positive.

As a seasoned veteran of the occasional-to-regular WFH practice for many years, I was surprised how much I took to the full-time version.

Many others have written or commented about having time to smell the roses, finding a better work-life balance, escaping the rat race, or reconnecting with what life is meant to be all about.

There is a plethora of stories about people seeking the tree-change or sea-change or otherwise taking life-altering steps because of their pandemic experience.

In many cases, like mine, they are the lucky ones.

The lockdown for this cohort was positive in many respects; governments or their employers protected their incomes and, ultimately, they have the skills, talent and experience to adapt to new circumstances, including in some cases, changing their career trajectory.

However, as Australian Institute of Management WA CEO Gary Martin hinted last month, WFH causes a minefield of issues which could cost Australia dearly, if we are not careful.

This is not a government-led change, but it could still give rise to the type of knee-jerk policies we saw after other crises which wrought political, economic and human pain, like the pink batts scandal and the Building the Education Revolution debacle.

In the first instance, there is a societal issue because the well-off and well-paid service workers can pick their workplace location, choose their hours of labour, and enjoy all the trappings of a comfortable residence in a leafy established suburb.

In contrast, the have-nots find themselves having even less. Office cleaners, lunch bar workers or bus drivers, for example, may find their employment status becoming more uncertain.

But that is not even the half of it.

As Professor Martin rightly points out, there are emerging issues for employers who will need to consider what responsibility they have for staff who are working from home.

Who is responsible for insurance, energy costs and even the tax implications of a home office? Swapping out an expensive CBD office for a dispersed workforce might have the bean counters excited now, but what happens when they start seeing added costs associated with ensuring workers’ homes comply with workplace safety requirements?

And then there are the problems associated with managing a disparate workforce.

Even skilled and experienced people can run off the rails, and working in isolation on a long-term basis will affect some people more adversely than others.

We all have friends who have gone it alone in the past and learned that, in the end, they prefer the community of an office than the company of the cat in their bedroom or the birds in the garden.

At the junior end of the employment pyramid, numerically the biggest in most workforces, even the most autonomous, self-starting aspirationals can be a major challenge to manage in the WFH scenario.

How do they learn, collaborate and network, either within an organisation or with an external customer base, if they never leave home?

There is a long way to go before WFH is accepted as a largely positive long-term change.

We may look back at this trend in a few years and LOL at the thought of it.