We all live in a yellow submarine 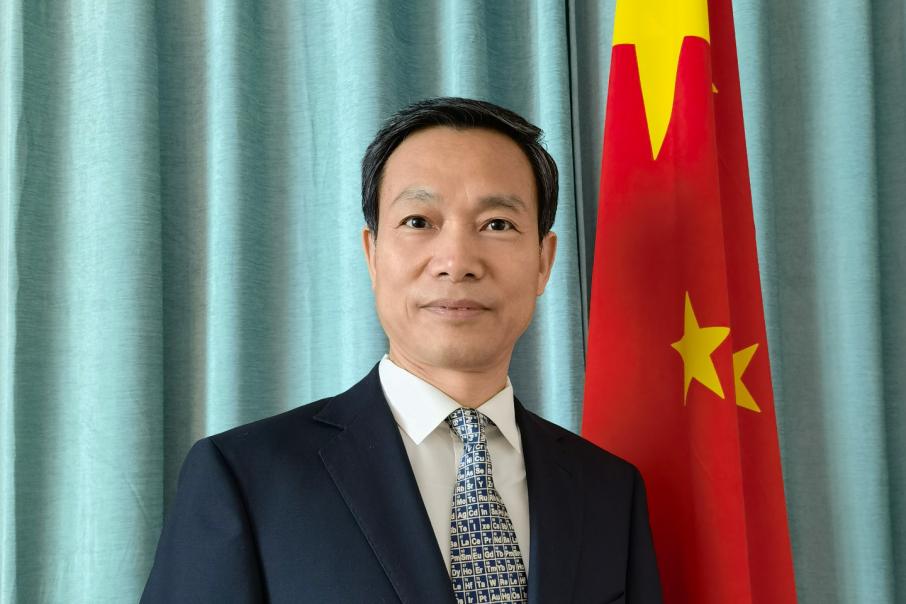 Long Dingbin has talked about how China is targeting net zero emissions by 2060.

Human beings share a common future in the face of the challenges presented by global climate change, and no country can make itself immune from the impact.

The Intergovernmental Panel on Climate Change (IPCC)’s report in 2021 showed that the five decades since 1970 was the warmest period in the last 2,000 years.

It was projected that global warming will continue beyond the middle of the century.

Climate change threatens world peace and security, and addressing this menace is an arduous task of great urgency for the whole of humanity.

As the largest developing country in the world which has undertaken the fastest industrialisation in history, China has attached great importance to and adopted quite a number of policies, measures and actions to address climate change, despite tremendous difficulties this has inflicted upon its economic and social development.

China’s efforts have brought about positive results, and I would like to use four C-words to introduce China’s progress and achievements.

In China, it is already a national consensus that “lucid waters and lush mountains are mountains of gold and silver” - an idea proposed and promoted by our president, Xi Jinping.

Ecological conservation has been one of the “five prongs” of the overall plan for the country’s development since the 18th congress of the Communist Party of China in 2012, the other four being economic, political, social and cultural development.

This means preserving the environment is written into the guidelines of China’s governing party.

As announced by President Xi Jinping at the UN Biodiversity COP15, China will continue to advance ecological progress, stay committed to implementing the new development philosophy emphasising innovative, coordinated, green and open development for all, and build a beautiful China.

China will promote a comprehensive transition to green and low-carbon economic and social development, and achieve a model of modernisation in which humanity and nature coexist harmoniously.

When it comes to global challenges such as climate change, multilateralism is the right prescription.

As an active participant in climate talks and a major contributor to tackling climate change, China has long been a source of strong impetus for global climate governance.

China has contributed to the conclusion and quick implementation of the Paris Agreement.

In 2015, President Xi Jinping gave a keynote speech at the Paris Conference on Climate Change, making a historic contribution to the conclusion of the Paris Agreement on global climate action after 2020.

In September 2016, President Xi deposited in person the legal instrument of China’s ratification of the Paris Agreement, which came as a vigorous push for the quick implementation of the agreement, showing China’s ambition and resolution in tackling climate change.

In his written statement to the World Leaders’ Summit at the Glasgow COP26 about a month ago, President Xi reiterated China’s firm support to the UN Framework Convention on Climate Change and its Paris Agreement, emphasising their significance as the fundamental legal basis for international cooperation on climate.

China and the US released the Joint Glasgow Declaration on Enhancing Climate Action in the 2020s, pledging to continue working together and with all parties to strengthen the implementation of the Paris Agreement.

They also agreed to enhance climate action on the basis of the principle of common but differentiated responsibilities and respective capabilities as well as taking into account national conditions.

At the general debate of the 75th Session of the United Nations General Assembly in 2020, President Xi Jinping announced that China would strive to peak CO2 emissions before 2030 and achieve carbon neutrality before 2060.

These commitments were reaffirmed at this year’s UN General Assembly with further announcement that China will not build any more coal fired power stations overseas.

The first phase of projects with an installed capacity of approximately 100 million kilowatts have recently started construction in a smooth fashion.

We are ready to make strenuous efforts to attain the goals on time.

When these goals come true, we will have realised the biggest reduction of carbon emissions intensity and the fastest leap from carbon peak to carbon neutrality in world history.

This will not only promote sustainable development at home but also contribute to global ecological conservation.

China is a country honouring its words with actions.

By the end of 2020, China’s carbon emission intensity had come down by 48 per cent compared with 2005, which means China had more than fulfilled its commitment to the international community when acceding to Paris Agreement – to achieve a 40-45 per cent reduction from the 2005 level by 2020.

The drop in carbon intensity translates to a total reduction of about 5.8 billion tonnes of carbon dioxide emissions from 2005 to 2020.

Preliminary calculations show that the reduction from 2011 to 2020 reached 28.7 per cent, one of the fastest in the world.

China gives priority to the development of non-fossil energy.

In 2020, non-fossil energy contributed 15.9 per cent to China’s total energy consumption, 8.5 percentage points up compared with 2005.

Electricity generated by non-fossil energy represented more than one third of the power consumption of the country.

China has been resolutely curbing the haphazard development of energy-intensive and high-emission projects and has implemented strict market access standards for 13 industries including iron & steel, ferroalloy, and coking.

China has established the most complete industrial chain of wind power and PV power generation equipment in the world, and is the global leader in terms of technology and output.

As of the end of 2020, China had secured the largest share in the global output of polycrystalline silicon, PV cells, and PV modules, and led the world in PV capacity additions for eight consecutive years; it had exported PV products to more than 200 countries and regions worldwide, helping to bring down the cost of clean energy globally; its installed capacity for new energy storage stood at 3.3 million kW, the largest in the world.

China has topped the world in new energy vehicle output and sales for the last six years.

Through a strong sense of responsibility to human civilisation, China is making every effort to tackle climate change and help foster a new relationship which facilitates humanity and nature to live and prosper in harmony.

China has been pressing forward to step up green international cooperation and share the fruits of green development among all countries.

Since 2011, China has allocated about CNY 1.2 billion for South-South climate cooperation and signed 40 cooperation documents with 35 countries.

It has helped countries to build low-carbon demonstration zones and provided them with climate-related supplies such as meteorological satellites, PV power generation and lighting equipment, NEVs, environmental monitoring devices, and clean cookstoves.

It has trained about 2,000 officials and professionals in the field of climate change for nearly 120 developing countries.

In 2020, 57 per cent of China’s energy investment in BRI partner countries went to renewable energy projects, up from 38 per cent in 2019.

Such efforts will continue.

Something that the international community should recognise is that, developed countries with a couple of hundred years of industrialisation behind them and historical environmental debts must shoulder their obligations and take the lead in drastically cutting emissions – a key to achieving global net-zero emissions.

They also need to help developing countries speed up the green and low-carbon transition by significantly increasing support to them through financing, technology and capacity building, and avoid putting up green trade barriers.

The principles of equity – common but differentiated responsibilities and respective capabilities – should be upheld.

As neighbors in Asia Pacific region and important trade partners, China and Australia have every reason to join forces in addressing our common challenges such as climate change, pandemic and economic recovery.

We all live in a yellow submarine. Together, we have a shared future.