Watpac Civil & Mining has been awarded $89.3 million in contracts in the gold mining and road infrastructure sectors, with the largest being with Chinese-owned company Hanking Gold Mining. 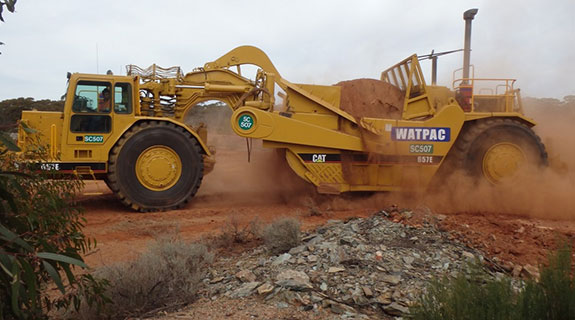 Watpac Civil & Mining has been awarded $89.3 million in contracts in the gold mining and road infrastructure sectors, with the largest being with Chinese-owned company Hanking Gold Mining.

Watpac has won an $80 million contract to provide its services at Hanking’s Axehandle mine in the Yilgarn region, which forms part of the Southern Cross project.

Using its own fleet of equipment, the scope of work will involve Watpac removing and stockpiling topsoil, and bulk excavating overburden and ore.

The Axehandle gold mine is located five kilometres from Hanking’s Cornishman mine, where Watpac is the open-pit mining contractor under a $29 million deal.

Hanking had its first gold pour in February, and has previously stated it was aiming to produce 100,000 ounces of gold this year.

Watpac managing director Martin Monro said the new contract was a major boost for the group and significantly increased the work on hand for its civil and mining business.

“Over the last 12 months, we have focused on quality outcomes for our civil and mining clients and this strategy has shown that a strong focus on relationships, local networks and operational excellence are valued despite a challenging market,” he said.

General manager civil & mining Russell Hall said work at Axehandle would begin soon, with over 100 positions to be created at peak operation, coinciding with a ramp down in operations at the Cornishman pit.

Watpac also announced that it had recently been awarded a $9.3 million contract for work on Main Road’s South Western Highway realignment project at Burekup.

Watpac will build a new bridge across the Collie River, as well as undertaking associated bulk earthworks and road works.