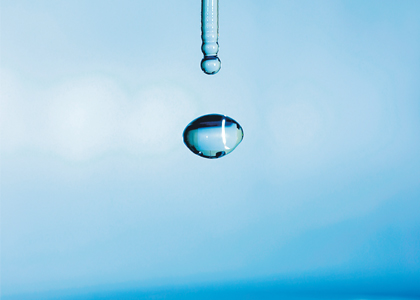 WATER WASTE: WA signed up to the Howard government’s National Water Initiative and its additional bureaucratic burdens, even though the Murray-Darling is thousands of kilometres away.

THE Commonwealth has moved again to muddy the waters on environmental approval, this time seeking to widen its influence on the approvals process for coal mining and coal-seam gas extraction.

Reacting to the political fallout caused by state Labor governments’ mismanagement of the growth of coal-seam gas, the federal government is trying to take electoral advantage of the situation with legislation that will appeal to an odd amalgam of rural landholders and urban greenies.

The problem is that water, like minerals, is the preserve of state governments, which already have to deal with enough pointless duplication of environmental approvals by Canberra.

The doubling up of environmental laws, introduced by the federal Liberals under the leadership of former prime minister John Howard, is already a near-ubiquitous problem across industry development. Be it property development, mining or agriculture, the federal government is another dead hand of bureaucracy on project development - adding nothing by duplicating the process except the potential for delay.

Often Canberra outsources its environmental approvals process to the states onto which it has overlaid its rules. The twist is it generally waits for state approval and, by the time that is completed, many of the studies involved have become outdated and must be done again.

No wonder our homes are more expensive, foreign investors are shying away from new resources projects, and innovative new agricultural pursuits lie fallow.

The great pity of this is that Canberra obviously thinks the state rules are suitable; it just doesn’t have faith in the regional bureaucracy. Rather than making a duplicate set of obstructionist laws, it could have simply used the money to help bolster state resources, especially in controversial areas where new developments were pushing the boundaries of existing state rules.

Coal-seam gas is a classic example. The states, Queensland and NSW, in particular, botched the approval process for this in the beginning as the sudden boom in this new sector overwhelmed their resources.

Who knows how much of that failure was also due to then-Labor governments being distracted by inept leadership or, more to the point, downright corruption as we are being told of in the case of NSW.

Perhaps if the relevant ministers were not looking for how much they and their cronies could make from awarding leases, they might have been more objective in dealing with the complications that come from a new extraction industry.

Both states have had a change of government.

From what I have heard. Queensland has got its act together in this area but NSW lags.

There are serious issues around water but this is not a national problem.

The federal government had the temerity to cite the example of the Howard government’s plan to rescue the Murray-Darling system as having set the precedent for their new interference.

That is a joke. The Murray-Darling was a problem created by decades of mismanagement on the part of state governments. Arguably, the federal government had a legitimate role because the actions of one state affected those downstream.

Nevertheless, even the worthy goal of resolving issues that spread across certain state boundaries had flow-on effects. For instance, WA signed up to the Howard government’s National Water Initiative and its additional bureaucratic burdens, even though the Murray-Darling doesn’t come within cooee of our borders and we don’t have a river anything like that, let alone one shared with neighbours.

Unlike the Murray-Darling there is nothing in the coal seam gas issue that is contentious between states. The problem is extremely localised, with particular farming areas concerned about the toxic materials that can enter underground water systems. This issue is significant but was, arguably, at its worst in the earliest days when cowboy operators with only a cursory understanding of the technology and geology stormed into eastern Australia’s unsuspecting rural heartland.

Many of those problems have now been left in the past as state governments have become more vigilant and a second generation of more sophisticated operators has emerged.

The federal government’s election-led and belated action might have been a worthy idea if its own Labor counterparts had maintained their hold on power on the east coast.

But the east and the west are different. In WA, a state with a very sophisticated environmental regulatory system overseen by an experienced government, coal seam, shale and other unconventional gas extraction processes are yet to emerge on the scale seen interstate.

What experimentation has taken place has been done without controversy in the relatively populated parts of the state’s south. But it is most likely that the real action will take place in the sparsely populated north, where there is very little conflict between farmers and miners.

It is a real issue if the populist politics of the east, driven by a genuine conflict of interests in the denser communities and rich farming areas of the east coast, were to limit the progress of this industry in the deserts of WA.

It is the classic example of why Australia is a federation. Canberra might have thought it worthy to interfere in the Hunter Valley, but in doing so it will create rules that are inoperable in the Great Sandy Desert. These are entirely different places with very different issues and a one-size-fits-all approach is simply inappropriate.

We will end up with a useless new level of red tape that ignores the merit of state rules.

This is another unnecessary impost on the states’ jurisdiction.

How would the Commonwealth feel if the states duplicated its operations every time it bungled something in areas where it does have real responsibilities?

Should we start investing in fighter aircraft or submarines? Do we need a state-based coast guard to deal with boat people? Should we have our own diplomatic corps to keep relations with China steady?

Of course, WA and the other states don’t have the money to be duplicating everything that Canberra does. But from a national point of view, if the federal government feels the states are failing at something, it could simply provide the money to assist the states to do their jobs better.