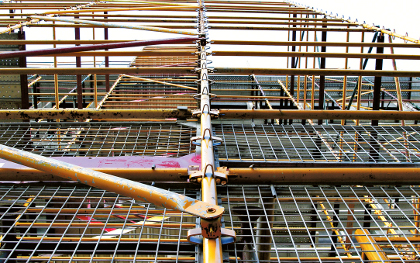 The Takeovers Panel has made a declaration of unacceptable circumstances after taking a look at the increasingly hostile battle for control of IFS Construction Services.

Three significant shareholders of the Perth-based scaffolding firm, who collectively hold 7 per cent of the company’s issued capital, made the application to the Takeovers Panel on the basis that the bid by current chairman Billy Ong’s Millennium Scaffold Systems was not taking place in an “efficient, competitive and informed” market.

Millenium, which holds a 21.82 per cent stake in IFS, had offered 3.6 cents for each IFS share.

A meeting requisitioned by the applicants to replace the current IFS board of directors was adjourned on July 18, after lawyer David Sanders declared proxies received by former managing director Scot Vivian-Williams were invalid.

The Takeovers Panel today said it considered the adjournment of the meeting as unacceptable, because it had denied shareholders the ability to trigger a defeating condition of the proposed bid before it was made; ensured that the same board would be in place until Millennium’s bid was made; and assisted Millennium by giving it the chance to increase its stake in IFS and therefore its ability to influence the outcome of the meeting.

The Panel made orders for IFS to reconvene the meeting before August 31, and treat proxies lodged by Mr Vivian-Williams as valid, and barred Millennium from voting any IFS shares it acquired on or after July 18.

Millenium must also not lodge its bidder’s statement until after the conclusion of the reconvened meeting.