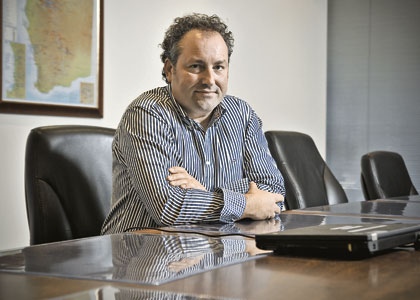 THE waste recycling industry is set to come under closer scrutiny and tighter controls as the Department of Environment and Conservation works to eradicate asbestos contamination.

Potentially within a matter of weeks, recy­clers of construction and demolition waste will have to comply with new protocols and undergo regular inspections to ensure the rules are being followed.

The introduction of industry-wide guidelines for dealing with material at risk of asbestos contamination comes after months of debate over the use of recycled construction and demolition waste for sub-base on state roads.

The expansion of the Great Eastern Highway was where concerns came to a head earlier this year; Perth recycler Capital Recycling won the contract to supply Main Roads with recycled sub-base in late 2011.

However its supply of that product was temporarily halted when concerns over the industry’s testing of product - expected to rule out asbestos contamination - was questioned.

Work restarted when Capital Recycling proved its product was safe, but a review of the recycling process launched by Transport Minister Troy Buswell has resulted in the introduction of the new guidelines.

Using recycled material on key state road projects is integral to the Waste Authority achieving targets set out in the waste strategy released in March.

The strategy sets an aim of increasing the rate of construction and demolition waste recycling from the current 29 per cent to 60 per cent by 2014-15.

Reaching that target would require a total of just less than 3 million tonnes of construction and demolition waste being diverted from landfill and instead recycled.

“At the moment there is no regulation, it’s all just on an ad-hoc basis,” he said.

“These protocols and the testing regimes are very stringent; we need to get these guidelines implemented as part of an industry-wide accreditation.”

The guidelines have been released for public comment with implementation planned within weeks, meaning recyclers will be required to adhere to the new rules in order to gain licences from the DEC.

Mr Geisler said the formation of a compliance team was under way, which would undertake regular inspections of recycling facilities to ensure the rules were being followed.

“Any rogue operator hoping for market share is going to have problems, whereas those who have demonstrated that they consistently meet the standards will be allowed to have a reduced testing regime,” he said.

The new rules have been welcomed by Eclipse Resources, which initially raised concerns over asbestos testing methods in the industry.

“The company was attacked and ridiculed from some quarters for issuing that warning ... the company now feels justified and vindicated by the new guidelines,” an Eclipse spokesperson said.

Eclipse Resources is a staunch opponent of the state government’s landfill levy, and is currently involved in court proceedings over its refusal to pay.

The company said the new guidelines failed to facilitate proper disposal of asbestos-contaminated material, which it claimed was already being dumped illegally because of the high landfill levy.