A senior figure in Western Australia’s construction and mining industry, Sharon Warburton, has won this year’s Telstra Business Woman of the year award for the state. 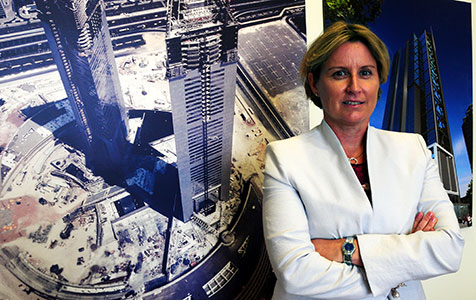 A senior figure in Western Australia’s construction and mining industry, Sharon Warburton, has won this year’s Telstra Business Woman of the year award for the state.

In accepting her award, she spoke of her time working in a male dominated industry,

“Construction is no longer just a man’s world. Diversity can and will lead to better outcomes,” Ms Warburton said.

“I am committed to helping improve the female participation and retention rates in mining and construction.”

She said it was disappointing that WA had the largest gender pay gap in the country, and spoke of the change that took place at Brookfield Multiplex to secure equal pay.

“It is not difficult to eliminate the gender pay gap. I am part of two companies that have completely eliminated the gap (Brookfield Multiplex did it three years ago),” Ms Warburton said.

Ms Warburton was financial controller at Hamersley Iron (now Rio Tinto) at the age of 25, and held senior roles for Rio Tinto in London, Multiplex Group and Aldar Properties in Abu Dhabi.

In accepting the award, Ms Warburton spoke of how she overcame working long hours for a multinational company as a single mother.

“I encourage my teams to think about how they can work flexibly to enhance their wellbeing and motivation and I aim to give people as much autonomy and flexibility as they want and can manage,” she said.

Winners from each category took home $4,000 and Ms Warburton was awarded an additional $10,000 as the overall winner, which she said would partially be donated to the Brookfield Multiplex’s Literacy for Life Foundation.

The other four winners of the evening included two not-for-profit chief executive officers; the Rise Network’s Justine Colyer won the Community and Government award, and The Centre for Cerebral Palsy’s Judy Hogben, who took out the Business Innovation award. 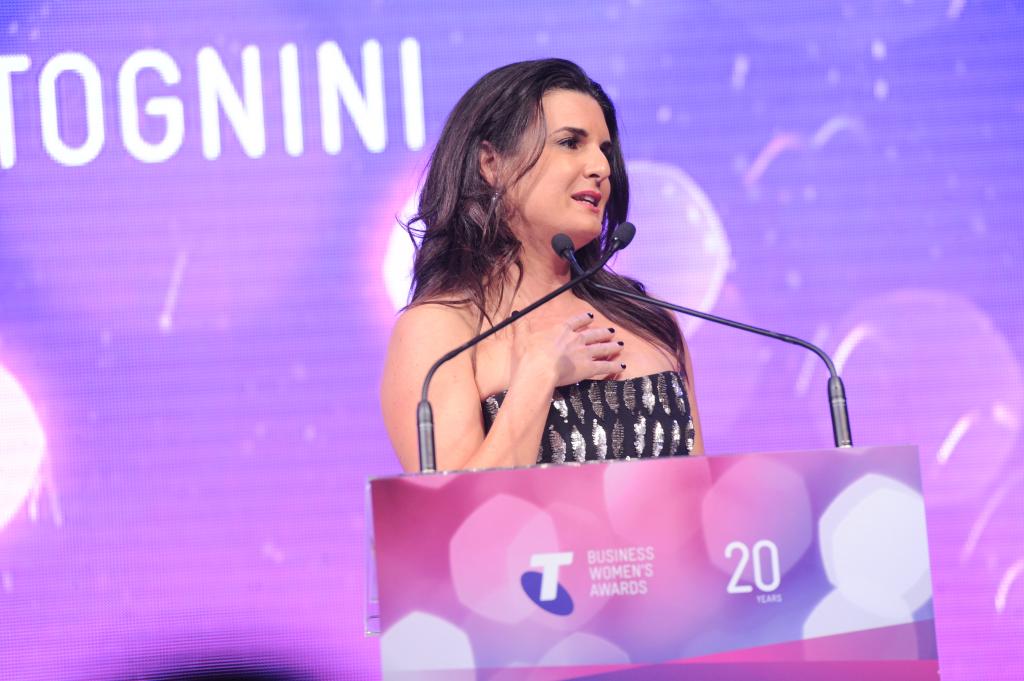 Formerly a journalist and chief of staff with the Seven Network, Ms Tognini said her decision to switch direction mid-career was scary but had been rewarding.

“It’s no secret that running an SME can be a wild ride at times so external recognition of this kind, coming from the calibre of Telstra Business Women’s awards is really humbling as well as a great vote of confidence,” she said.

Ms Tognini sits on the board of the Starlight Children’s Foundation and gtmedia provides pro bono services to HeartKidsWA and other charities.

Hancock Prospecting’s Gina Rinehart took out the overall award in 2009.

The five Western Australian winners will proceed to Melbourne on November 26 for the national awards.