Walking a tight line on fracking

Opinion: The state government was never going to please all sides whatever decision it made on fracking. 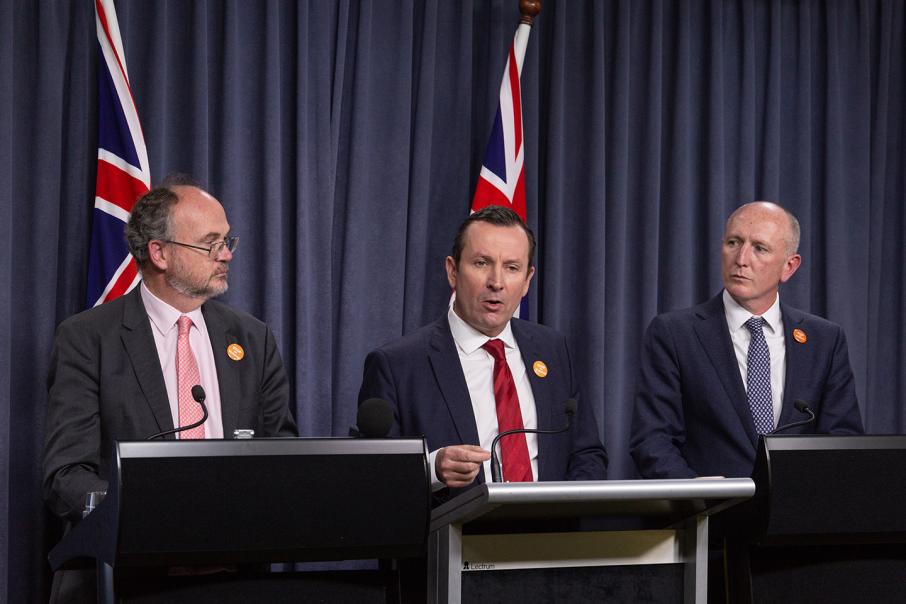 Opinion: The state government was never going to please all sides whatever decision it made on fracking.

The real political significance of the decision to allow fracking in selected locations is that the McGowan government has stood up to the Labor Party’s state executive and powerful left wing unions, both of which wanted a permanent state-wide ban.

But in attempting to cover all bases on this contentious issue, the government has fallen short of providing total satisfaction.

Premier Mark McGowan wisely concluded that a permanent ban on the practice, which already applies in Tasmania and Victoria, was unacceptable in a resources-rich state such as Western Australia.

In stressing that the usual strict environmental safeguards would apply to future fracking, Mr McGowan also noted it would be confined to those areas covered by existing exploration and production licences. That’s just 2 per cent of the state, mainly involving the Canning Basin, the Gascoyne region, and the area around Dongara, south of Geraldton.

He warned that if the status quo continued, WA risked running short of domestic gas supplies in the 2020s, while new gas sources coming on stream could put downward pressure on prices.

Fracking involves the pumping of water and chemicals underground at high pressure to liberate gas by opening existing fissures. The issue came to a head because of the completion of a government-commissioned report by the head of the Environmental Protection Authority, Tom Hatton.

Chamber of Minerals and Energy of WA chief executive Paul Everingham said that, given the scientific inquiry into the issue found that risks were low and could be successfully managed, the current bans in the South West, Peel and Perth regions made little sense.

He also noted that fracking had been involved in the development of more than 600 wells in WA in the past 55 years, and that there had been no evidence of environmental harm.

Environmentalists were never going to be happy with anything but a permanent state-wide ban. A full-page advertisement in The West Australian newspaper in November called on the government to take a tough stance.

While the Lock the Gate environmental group will protest long and loud against the decision, the internal critics within Labor’s state executive and left wing unions pose a more serious challenge

This reflected that the government’s policy had Cabinet endorsement, and it wasn’t the premier making a captain’s call. So if the Labor executive and certain unions are looking for retribution over the decision to allow fracking, they’ll have to widen their target.

It should also be noted that, from a party factional perspective, Mr McGowan is non-aligned. However, Mr Johnston is a leading member of Labor’s right wing, and Mr Dawson is closely aligned with the left wing Australian Manufacturing Workers Union. The AMWU was one of the unions seeking a total ban, but is understood to have cut Mr Dawson some slack, given the sensitivity of his position.

Mr McGowan expressed confidence that despite the Labor executive call for a ban on fracking, the government’s decision was in keeping with the party’s platform. He said Labor had promised at the last election there would be no fracking pending the outcome of a comprehensive inquiry. It had honoured that commitment.

Effectively the McGowan government has drawn a line in the sand in its relations with affiliated unions. Realistically, a healthy resources sector is good for key left wing unions such as the AMWU and the Electrical Trades Union, whose members stand to benefit.

Up till now, unions have done well out of the Labor government. It has committed to an extra 350 teachers’ aides in schools, which adds to the United Voice’s union membership. It has also restricted additional shopping hours before Christmas, pleasing the union for shop assistants.

While left wing unions don’t like the fracking decision, they’d get less satisfaction from a Liberal government. That’s the reality.