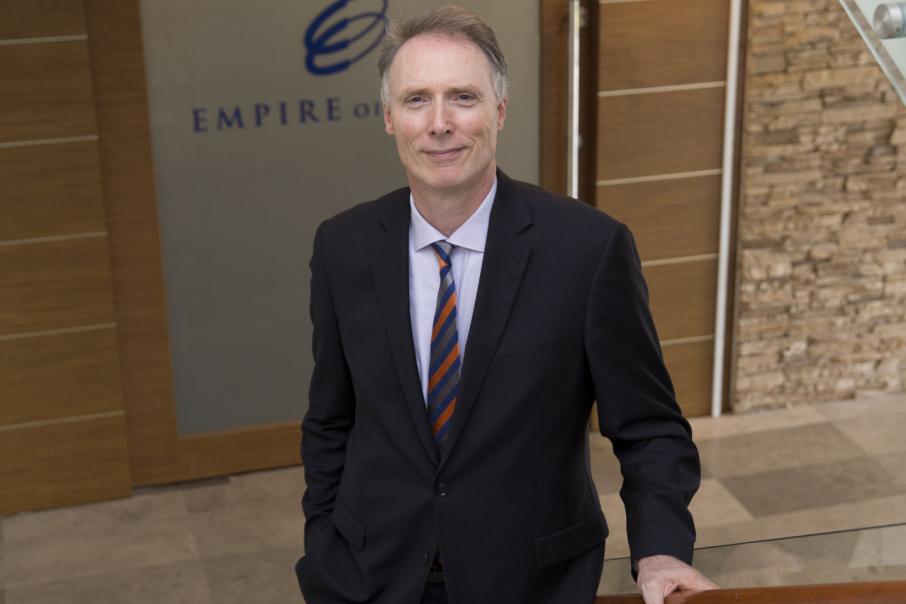 Empire produces gas for the domestic market from the Red Gully processing plant, and supplies about 1 per cent of Western Australian usage with production of about 10 terajoules per day.

Business News understands Mr Walker will focus on finding a farm-in partner for the next series of drilling works, potentially including the Lockyer Deep prospect.

Mr Walker has capital market experience, with other previous roles including as head of oil and gas at Patersons Securities, and as EY’s industry lead, oil and gas, Oceania.

Mr Aitken, who has been with Empire since 2014, will be available to assist with the management transition, according to a company release today.

The changeover will also bring a slight cost saving for Empire, with Mr Walker to earn a base salary of $350,000, down from Mr Aitken’s $405,721, as the company moves to a more performance-based package.

Mr Walker, who is currently based in Sydney, will receive relocation reimbursements of up to $25,000 in Empire shares.

“Mr Aitken and his team fixed the plant’s performance so its production and operational uptime are optimised, generating important revenue for the business; improved operational efficiency to enhance profit margin; increased our focus and exposure on the North Perth Basin and progressed several exciting prospects in our exploration permits to drill-ready status,” he said.

“The company’s next phase of development is focused on the exploration of these high impact, drill-ready prospects.

“It is crucial that we attract funding to drill, appraise and develop the company’s extensive suite of Perth Basin assets and Mr Walker has the demonstrated skills to achieve this important goal, supported by Empire’s highly experienced exploration and technical team.”