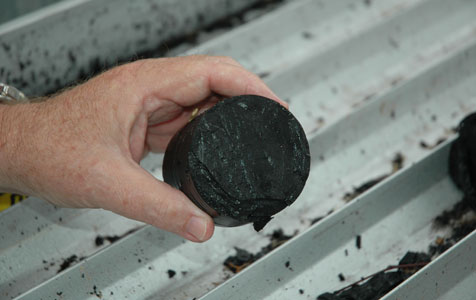 A drill core from Walkabout's Takatokwane coal project in Botswana.

Walkabout, which is currently finalising a $2 million share purchase plan, said Coalswana would fund integrated studies and apply for a mining licence for Takotokwane, which is considered Botswana’s largest coal deposit.

The company has identified a 6.8 billion tonne JORC-compliant inferred resource and a 748 million tonne indicated resource of high quality thermal coal at the deposit.

The studies will include exploration, resource drilling and engineering, as well as mine planning design and a development programme for an Ultra Clean Coal Energy Fuel production facility, one of the four options Walkabout is pursuing to develop Takotokwane.

Walkabout managing director Alan Mulligan told Business News the share purchase plan should be wrapped up by next week, with agreements in place with investors to take up any shortfall that may occur.

“We’ll raise the money, which will get us through our exploration program to the middle of next year and beyond, and the study at Takotokwane will accelerate,” he said.

The development options comprise a direct export model to India and China, exporting coal to South Africa, the development of a coal to liquid or coal to gas facility, or direct shipping coal for use by power stations.

The direct export model is contingent on the Botswana government going ahead with a proposed rail link for the mine, while Mr Mulligan said the potential development of a coal to liquids facility would not be possible without the collaboration with Coalswana, which would take on the capital risk.

“That’s progressing quite well and we think it is a good area to get into, particularly in Botswana,” Mr Mulligan said.

“We think our balance sheet is a little bit too small on our own, and we would have to raise independent financing for that.

“They [Coalswana] bring the expertise in the technology, and they have funding out of the Middle East.”

“A few years ago we decided to diversify from being just a pure play coal developer, because the market was being bearish on coal, and our best skillset sits in being a junior explorer,” he said.

“We didn’t want to lose our exposure to those roots and erode that skillset, so we moved into this area in Tanzania.

“(Both projects) have upside and they both have potential, short term and long term.” 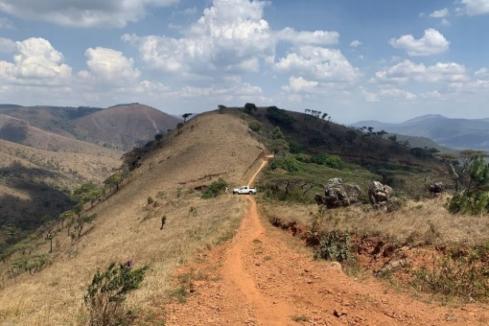