Australia's first ‘electric highway’ is being unveiled today, connecting Perth to the South West through a series of fast-fill charging stations. 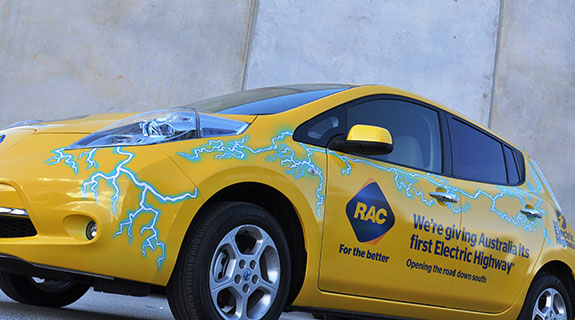 Australia's first ‘electric highway’ is being unveiled today, connecting Perth to the South West through a series of fast-fill charging stations.

The greater Perth area has about 30 publicly accessible electric vehicle (EV) chargers, which take up to eight hours to refill a nearly empty EV battery.

The 11 publicly accessible fast-charge stations being installed between Perth and Margaret River will be able to fully charge an EV battery within 30 minutes.

Motoring group RAC has invested about $700,000 in the project.

RAC will also make the fast chargers freely available for six months, at which point local councils would be responsible for taking over the costs or charging users.

Stations at Bunbury, Busselton, Margaret River and Mandurah will be unveiled first, with remaining locations Dunsborough, Nannup, Bridgetown, Donnybrook and Harvey coming on line over the next few weeks.

“It’s definitely going to result in more people buying electric vehicles because they have somewhere to go,” he said.