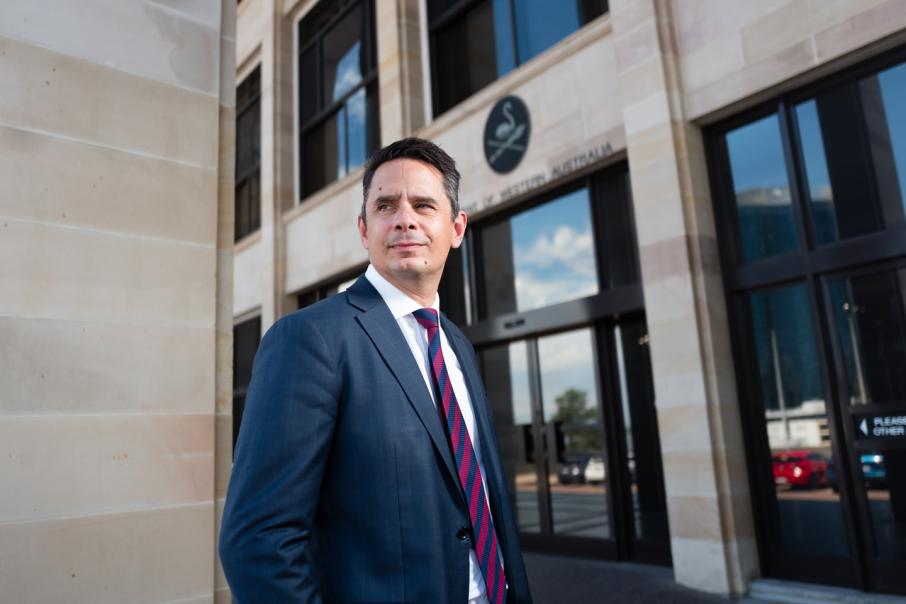 The state government has revised its net operating surplus to $2.2 billion in the state's mid-year review, the improved position coming on the back of a record iron ore price, strong infrastructure investment and a housing construction boom.

The position has improved markedly since Treasurer Ben Wyatt released the state budget in October, with a $1.2 billion operating surplus expected at the time. Net debt projections have also been revised down by $1.4 billion to $41.4 billion by the end of 2023-24.

Treasury now predicts WA's unemployment rate will sit at about 7 per cent throughout 2020-21, rather than the 8 per cent originally forecast, gradually falling to about 5.5 per cent by 2022-2023.

Mr Wyatt said the state's economy was "nation leading, if not world leading".

"WA's handling of COVID-19 and the fact we were able to get Western Australians back to work so quickly has seen our economy roar back to life," he said.

"Business and consumer confidence is sky-rocketing in our State. Western Australians feel confident in the McGowan Government's safe and strong management of COVID-19 and our Recovery and Jobs Plan.

"As a result of the confidence in our economy, the State's financial position continues to improve... The Mid-year Review showcases WA is in the best position to recover from the pandemic stronger than ever."

Treasury has revised its forecast royalty revenue income over the next four years up by $265 million.

State and federal homebuilding stimuls packages, which can be used to access almost $45,000 in subsidies, have also driven the growth in residential building approvals and a spike in land sales.

“Today’s mid-year economic review justifies the State Government’s decision to support the building and construction industry to keep operating through COVID-19 and lead the way back to economic growth. I am delighted our industry has been able to repay the favour by supporting the WA recovery,” Mr Gelavis said.

“The Building Bonus for new homes and the $28.8billion pipeline of infrastructure works for the next four years have set the state up for success. Building activity across the state is soaring in response to the grant and residential builders expect a consistent flow of work throughout 2021."

He said the only downside was the likelihood of skills shortages, which usually resulted in an increase in the number of foreign workers required.

The skills shortage is expected to eventually lead to upward wage pressures, but wage growth forecasts have not changed since the budget was released in October and are expected to only keep pace with inflation.

The mid-year review showed WA's economy was leading the nation, with forecast growth in Gross State Product revised up to 2 per cent after gaining 1.4 per cent in 2019-20. State Final Demand has also been upgraded from 1.25 per cent to 1.75 per cent since the release of the state budget in October, while taxation revenue has been revised up by $1.1 billion over the next four years on the back of the strong housing market activity and car sales.

The state government last week announced it would put aside $1.8 billion to fund the construction of a new maternity hospital. Construction will start in 2023 at the QEII medical precinct in Nedlands and is expected to take five to six years to complete.