Four of Perth’s most notable business leaders offered their thoughts on how corporations can have a positive impact on the Western Australian community this afternoon, as Business News celebrated its ’Great for the State’ series ahead of the first edition for 2020. 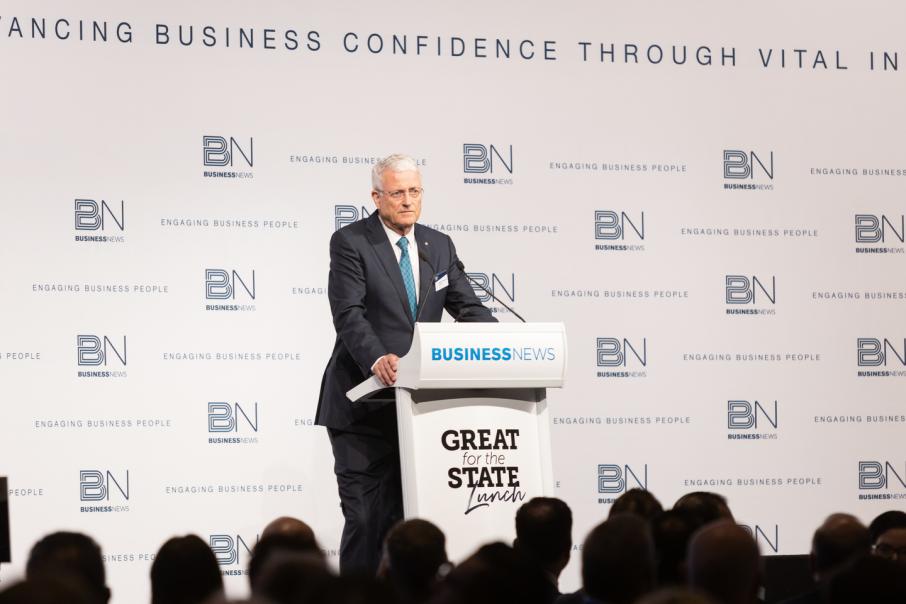 Michael Chaney argues that companies should focus on delivering satisfactory, rather than maximised, returns to shareholders. Photo: Gabriel Oliveira

Four of Perth’s most notable business leaders offered their thoughts on how corporations can have a positive impact on the Western Australian community this afternoon, as Business News celebrated its ’Great for the State’ series ahead of the first edition for 2020.

Perhaps the most poignant argument though came from Mr Chaney who, stressing the value of conservative approaches to growth, promoted the idea that satisfactory shareholder returns and corporate social responsibility were compatible approaches to business.

Seeking to position the role of listed companies within the state’s economy, Mr Chaney highlighted the performance of Kmart, Bunnings and Officeworks as retail outlets that had bucked negative trends in the industry.

Though he chalked up the improved performance to a general economic recovery in the past year, citing factors such as rising house and commodities prices, he likewise noted international issues such as the worsening coronavirus outbreak as indicative of the unknowns that will continue to affect businesses.

Against that backdrop, he argued that companies would benefit from a more holistic approach to profit, taking into account an array of corporate social responsibility initiatives such as caring for workers and the environment and making the case that listed companies should focus on providing satisfactory, rather than maximised, returns.

“Back in 1984, when Wesfarmers went public, we sat around and talked about our purpose,” Mr Chaney said.

“Some said, it should be to be Australia’s great agribusiness ... we decided very quickly our purpose was to provide a satisfactory return for our shareholders.

“Notice we didn’t say to maximise returns, because there’s no way on earth you could ever [do that], because all of us make mistakes all of the time.”

That approach, he argued, would give companies enough headroom to take risks while growing, invoking Wesfarmers’ failed attempt to expand Bunnings into the UK as an example.

“Consider … that a successful company is one where the good decisions are bigger than the bad decisions [because] we’re certainly going to make some of the latter.”

And while Ms Gaines focused on the value of WA’s relationship with China and Mr Harris made note of a deteriorating market for local news in the state, it was the theme of considered and measured approaches to business that resonated throughout.

Take Ms Taylor, who chose to focus her time on Bankwest’s effort to combat fraud.

Discussing Bankwest’s history as an agricultural bank that was one of the first in Australia to employ women as tellers, Ms Taylor pointed to the bank’s work fighting financial elder abuse as an example of how companies can act on the frontline of the state’s most pressing issues.

“Just as our business has changed, so has the expectations of banks over time to reflect changes in our society and economy,” she said.

“Particularly in a state like WA, it’s important to support our customers not just through the good times but also stick up when they’re experiencing times in their life that are tough, complex and distressing.”

The first edition of ‘Great for the State’ will be available in the February 17 issue of Business News, where full coverage of today's event will also feature.