Since the earliest days of settlement, the relationship between people living in the western third of Australia and those east of the Nullarbor has been a contentious one. 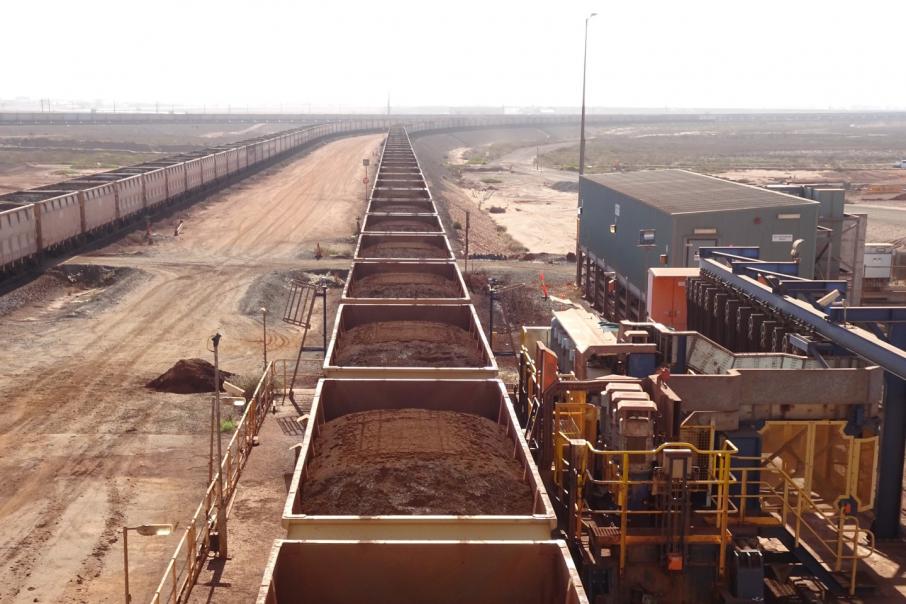 Since the earliest days of settlement, the relationship between people living in the western third of Australia and those east of the Nullarbor has been a contentious one.

To be honest, we didn’t really trust the east coasters from the outset.

One of the reasons for our delay was that the colony of WA was enjoying a wave of unprecedented prosperity at the time, and many saw no need to throw our lot in with the others.

It actually took a huge amount of pressure from the east coasters to get WA on board, including threats to take the rich Kalgoorlie Goldfields into their new Commonwealth if we didn’t sign up.

Eventually we relented; and how they repaid us.

Aside from the Goldfields, WA’s economy was largely based on agriculture and a small amount of manufacturing. It relied on sourcing low-cost inputs, such as farming equipment.

But the federal government was focused on the east coast and protecting manufacturers in NSW and Victoria.

So began a process of placing higher and higher tariffs on imported goods, which cruelled WA’s economy.

In its 1924 report, the Commonwealth Tariff Board described WA as being ‘on the road to serfdom’ under the tariff policy.

This report led to the establishment of a royal commission to investigate WA’s economic difficulties.

The royal commission recommended that WA be granted 25 years of tariff autonomy, and that changes be made to the Constitution.

Of course, that did not happen, and WA was sacrificed for the national good. More recently, there was a move by the feds to bring in the Resource Super Profits Tax, which was aimed at sucking money out of WA’s iron ore industry.

And then came a report last year, commissioned by the Royal Automobile Club of Western Australia, which found that only $562 million of the $3.3 billion in motoring taxes paid by Western Australians each year would be returned to WA to fund road and transport projects in 2021-22.

It’s enough to make a Sandgroper want to keep the hard border up permanently.

Maybe that possibility is what the east coasters had in mind when it recently emerged they were trying to work out how to access WA’s vast gas resources to help put downward pressure on their spiraling energy costs.

It seems they have forgotten their howls of protest when WA implemented its 15 per cent domestic gas reservation policy in 2006.

I actually gave the other states credit for sticking to those principles when they did not implement a domestic gas reservation policy for their own LNG projects, despite the fact I thought it was a mistake.

They focused on the bucket of money being waved under their noses by overseas buyers, rather than on the long-term strategic needs of their industries.

So I can’t see why they should now get access to our gas, especially when there are numerous other things they could do to place downward pressure on gas prices.

For instance, Victoria could lift its ban on all onshore unconventional gas exploration and development, including fracking and coal seam gas (CSG), while NSW could lift its freeze on new CSG exploration licences, and loosen up its restrictive regulations.

If not, Prime Minister Scott Morrison could carry out his 2017 threat to cut GST distributions to those states that opposed or hindered the development of unconventional gas supplies.

But the east coasters will never make those tough decisions if they think they can get WA gas cheaply.

Instead they’re likely to focus on finding a way to do that (get WA gas), and I can see two strategies they might pursue.

The first is to try to convince the federal government it is in the national interest for the Commonwealth to pay for, or significantly subsidise, the cost and upkeep of a gas pipeline from WA.

The other is to argue that other states should be able to utilise the gas WA has reserved for its domestic consumption, to produce LNG for shipment to east coast facilities.

They will probably argue that WA’s policy of reserving gas solely for local use breaches Australia’s National Competition Policy. And it wouldn’t surprise me if they identified some other novel ways of trying to get access to WA’s domestic gas reserve, all of which would drive prices up here and reduce our long-term access to a non-renewable resource.

If history has taught Western Australians anything, it is that the east determines what is in the best interests of the country, and it’s tough luck for us.