Western Australians who refuse to get vaccinated against COVID-19 are being warned they will eventually face consequences amid "troubling" hesitancy in some areas. 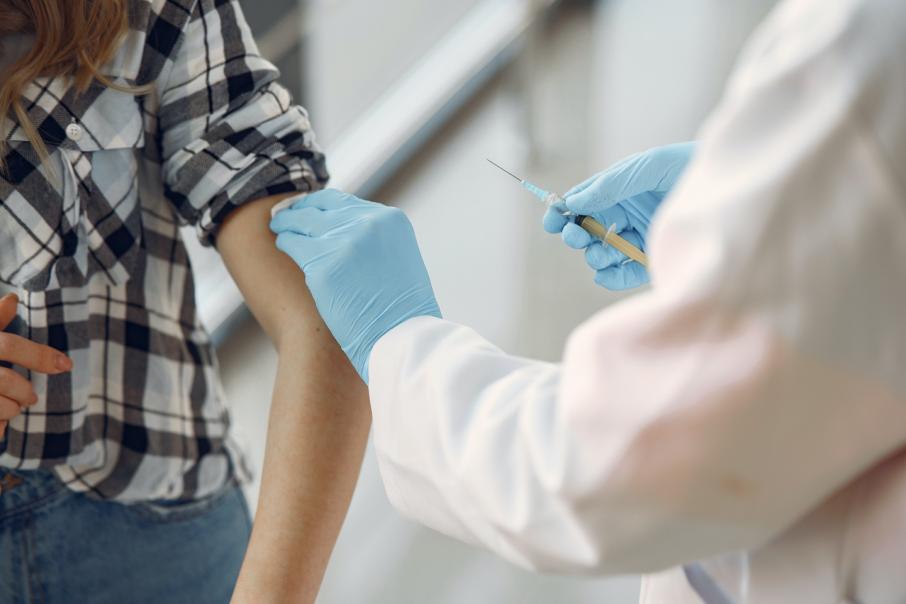 Almost half of Western Australians aged 16 and over are fully vaccinated. Photo: Gustavo Fring

Western Australians who refuse to get vaccinated against COVID-19 are being warned they will eventually face consequences amid "troubling" hesitancy in some areas.

Almost half of Western Australians aged 16 and over are fully vaccinated, while about two thirds have had at least one dose.

WA's continued border closures have helped prevent major outbreaks but acted as a disincentive against vaccination for those happy to remain isolated.

Health Minister Roger Cook on Monday again refused to nominate a reopening date, only saying it would be "towards the end of the year" when it's hoped more than 80 per cent of Western Australians will have had two jabs.

But he warned some freedoms could be stripped from those who refused to cooperate.

"There will be consequences as a result of people not getting themselves vaccinated as we get towards those higher numbers," he told reporters.

"Push will come to shove at some point in the future."

Mr Cook acknowledged vaccination rates were "troubling" in some areas including his own electorate of Kwinana, south of Perth.

He added that some remote Aboriginal communities could remain closed off to visitors unless vaccination rates improved.

"We need to have a public conversation about what it looks like when those borders come down completely," he said.

"It means in Western Australia, that we'll be looking again towards masks playing a role in our lives, we will need to look again to potentially limiting the number of people in particular venues.

"It will be a challenging time but the only time we can confront that is when we have very high vaccination rates."

Authorities are keeping a close eye on the Stolt Sakura oil tanker docked in Fremantle after 12 of its 22 crew members tested positive for COVID-19.

Six of the crew have been taken to hospital in Perth, including two who are in intensive care in a serious but stable condition.

WA Health reported on the weekend that a returned diplomat had tested positive to the virus while isolating at a Perth serviced apartment.

A family member has also tested positive but Mr Cook said other close contacts had been cleared and the public health risk was extremely low.

More than 150 passengers who boarded a Virgin flight from Adelaide to Perth last week are meanwhile being asked to isolate and get tested after South Australian authorities listed Adelaide Airport as a COVID-19 exposure site.