Western Australia's universities will receive just 7.4 per cent out of next year's $354 million national research grants program, the lowest portion the state has been allocated in the past three years. 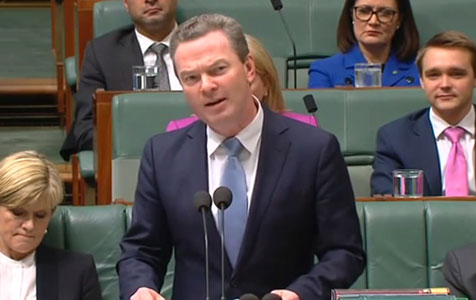 Western Australia's universities will receive just 7.4 per cent out of next year's $354 million national research grants program, the lowest portion the state has been allocated in the past three years.

University of Western Australia will receive the second lowest amount out of the prestigious Group of Eight Australian universities with just over $18 million, marginally beating University of Adelaide.

Murdoch University is the only WA institute among the seven national research focused universities within the Innovative Research Universities network.

Under the 2015 round of funding, Murdoch is amongst the lowest receivers out of the network with around $1.7 million, higher only than Charles Darwin University in the Northern Territory, which will receive the territories total allocation of $662,000.

The 2015 allocation represents a gradual drop in the state’s share from 7.8 per cent in 2013 and 7.7 percent this year, despite WA making up around 11 per cent of the nation’s population, according to the ABS. The situation was worse in 2009 when WA universities received just 5.7 per cent of ARC grants - a plumbing depths that prompted these calls from academic leaders and those in the arts that were similar to the issue raised by the state government when it comes to the GST allocations.

The University of New South Wales scored the most funding from the federal government, with around $45 million for its 119 projects.

Federal Education Minister Christopher Pyne said in an announcement today that a positive investment in research funding was crucial for building a strong nation.

“The Australian Government has committed to building a world-class education and research sector as one of the five pillars of a stronger, more productive and prosperous Australia,” he said.

“This Government deeply values the need for a robust and thriving research sector that drives the future development of our industries.”

Curtin University has been allocated around $5.8 million and Edith Cowan University will get about $365,000 to fund research in 2015.

The government allocated $522 million for the 2014 year as part of the future fellowship and major grants schemes.