Western Australia was the only state in the country to register a decline in international tourist numbers and spending in 2017 despite the national market recording steady growth, according to the latest data from Tourism Research Australia. 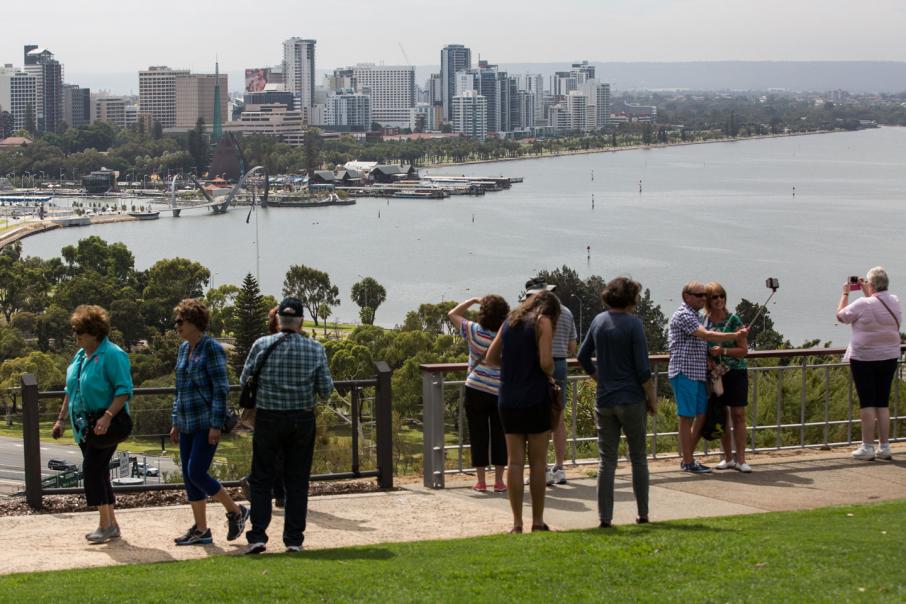 International tourism spend declined 5 per cent in 2017 in WA.

Western Australia was the only state in the country to register a decline in international tourist numbers and spending in 2017 despite the national market recording steady growth, according to the latest data from Tourism Research Australia.

Overseas tourism spending dropped 5 per cent to $2.3 billion for the year in WA, while there was a 1 per cent decline in visitors to about 946,000.

This was in contrast to 6 per cent growth in visitors and spending nationally.

“The figures are obviously not where we want them to be,” Mr Papalia said.

The minister said he had asked Tourism WA to develop a new two-year plan to attract more visitors.

“The plan will be released to the public in the coming weeks but many of its actions are already underway and delivering good results,” Mr Papalia said.

There were some positive signs for the state, however, with a 15 per cent rise in Chinese tourism spending, while visitors from Malaysia (24.1 per cent) and Hong Kong (9.4 per cent) also increased spending.

“States like Tasmania and South Australia, with fewer international aviation services than WA, are growing their international tourism by around 20 per cent,” Mr Hall said

“Other states are proving better at promoting themselves as destinations for international travellers by comparison with WA.”

He said the bureaucratisation of the state’s tourism and international education marketing had resulted in a lack of specialised leadership at the top of Tourism WA.

The news comes after data out last week from the federal government showed WA’s share of international students had slumped to 6.6 per cent.

Shadow Tourism Minister Libby Mettam said conditions in WA were ripe for a tourism boom but the state government had dropped the ball.

“There is now no fulltime CEO or executive director of marketing and partnerships; the top two promotional roles within tourism are now part-time positions.

“International students are now bypassing Perth and heading to the competing states of South Australia and Tasmania, where international visitor numbers are booming.