BUSINESSES in Western Australia spend proportionately more on research and development than their counterparts in any other state, the Australian Bureau of Statistics has found. 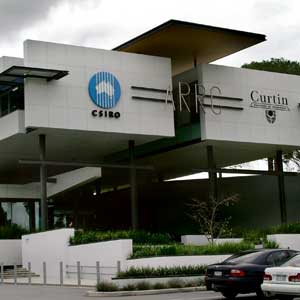 BUSINESSES in Western Australia spend proportionately more on research and development than their counterparts in any other state, the Australian Bureau of Statistics has found.

That was equivalent to 1.37 per cent of gross state product, a higher proportion than for any other state.

Victoria was not far behind, recording 1.34 per cent over fiscal 2007 and compared with a national figure of 1.15 per cent.

The R&D spending in WA was nearly double its 2005 financial year figure of just over $1 billion.

In comparison, New South Wales, the biggest R&D spender nationally, has seen its share decline from 37.3 per cent in the 2005 financial year to 31.7 per cent in fiscal 2007.

Sector by sector, WA's mining industry was the largest contributor to the state's total R&D expenditure, accounting for $1.17 billion or 60 per cent of the total amount spent in the state.

The manufacturing sector was in second place, spending some $357 million on R&D while the construction industry spent $49 million.

The manufacturing figure was believed to include spending on minerals processing activities, such as alumina refining and production of liquefied natural gas.

Nationally, the mining sector spent $2.54 billion on R&D, pipped at the post by the manufacturing industry which spent $3.78 billion, or 31 per cent of the total.

The increased R&D spending in WA would partly reflect a number of high profile commitments in recent years by big international resources companies to invest more in WA.

Oil and gas giant Chevron has established a global technology centre in Perth, which is expected to have about 100 staff when fully operational.

This followed the official opening of BHP Billiton's global technology centre in Bentley, which is one of three global innovation centres operated by the resources giant.

The BHP centre, which will get a slice of the global mining giant's $100 million annual R&D spend, is expected to have about 110 researchers when fully resourced.

The Western Australian Energy Research Alliance is another major initiative, bringing together CSIRO Petroleum, the University of WA and Curtin University with financial backing from the state government as well as Chevron and Woodside.

The national data ranks Australia as the 14th biggest spender on R&D among major industrial countries.

The biggest investor is Sweden, which spends 2.79 per cent of its gross national product on R&D.

It was followed closely by Japan, Korea and Finland