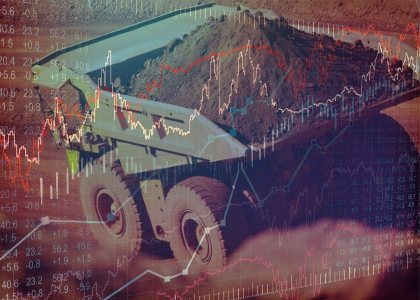 Western Australia’s top 100 companies have outperformed the national stockmarket over the past decade, but when markets turn down it’s the WA stocks that suffer the most.

The market value of WA’s top stocks, measured by the Deloitte WA index, fell by 23.2 per cent in the year to June 2012, more than double the 11.3 per cent fall in the All Ordinaries index over the same period.

This was the second worst year on record for the WA market; the worst was the 12 months to June 2009, when the WA index fell by 38.5 per cent, following the impact of the GFC

The weak performance in the past year saw the market capitalisation of WA listed companies fall to $140.7 billion at 30 June 2012.

“Despite the 2012 outcome, we have seen a 343 per cent cumulative increase in WA stocks over the past 12 years reflecting strong underlying growth,” Mr Jones said.

Over the same period, since May 2000, the All Ords has risen by just 36 per cent and major international indices have actually fallen, from the peak in valuations just before the ‘tech wreck’ of 2000.

“Australia’s mining industry has delivered massive economic growth over the past 20 years, and there is still a significant investment pipeline in Western Australia to underpin activity over the coming years,” Mr Jones said.

“The size and substance of underlying business activity has seen the average size of a top 50 WA index company grow from AU$0.75bn (in 2002) to AU$2.3bn (in June 2012) which is indicative of the substance of the companies operating in the Western Australian environment.”

Deloitte highlighted the fall in commodity prices and precious metals from their 2011 high, with gold the only winner in this period.

“In the year to 30 June 2012 gold increased by 5.7 per cent% whilst other prices have fallen substantially - contributing directly to the decline in the WA Index,” Mr Jones said.

The WA companies that achieved the largest growth in market capitalisation in the year to June 2012 were Evolution Mining, Northern Star resources and Papillon Resources.

Evolution increased its market capitalisation from $242m to just over $1.0bn. Evolution was created in late 2011 through the merger of Catalpa Resources and Conquest Mining and the concurrent acquisition of Newcrest Mining’s interest in the Cracow and Mt Rawdon mines, to become a mid-tier Australian gold producer.

Northern Star lifted its market capitalisation from $140m to AU$314m, With its Paulsens gold mine, Northern Star is one of the lowest cost and highest margin gold producers in Australia.

Papillon rose from $112m to $238m, following its success in completing a large investment in gold assets in Mali, West Africa.

Deloitte also selected three companies from its index as the longest surviving mining companies which have been in operation for 20 years or more since their official listing on the Australian Securities Exchange.