Two researchers based at the Harry Perkins Institute of Medical Research will join the Centre of Excellence in Synthetic Biology as part of a $35 million investment courtesy of the Australian Research Council. 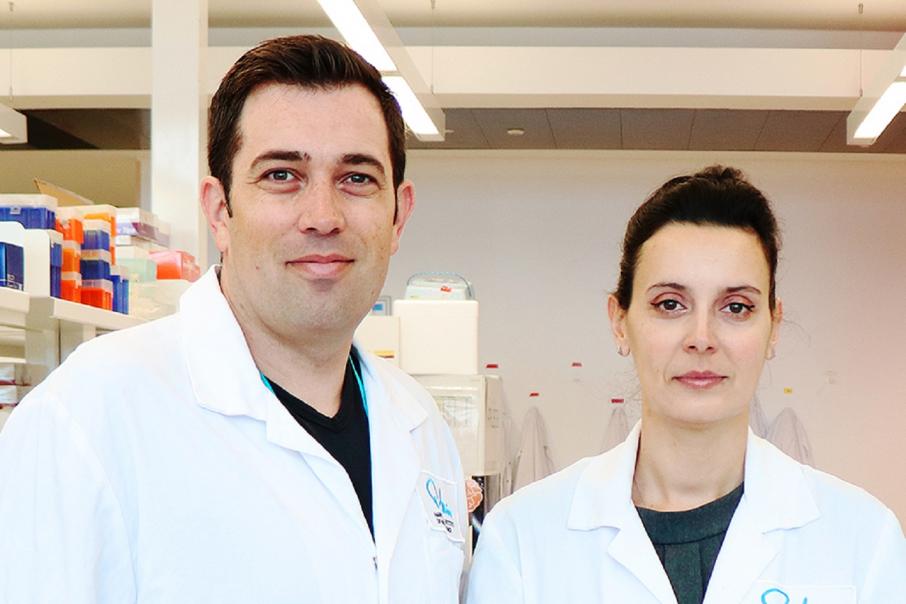 Oliver Rackham (left) and Aleksandra Filipovska will serve as biomedical synthetic biologists at the Centre of Excellence in Synthetic Biology.

Two researchers based at the Harry Perkins Institute of Medical Research will join the newly formed Centre of Excellence in Synthetic Biology, following $35 million in funding from the Australian Research Council.

The centre will combine research in engineering and molecular biology to help construct organisms that can convert waste to high-value chemicals, with The University of Western Australia’s Aleksandra Filipovska and Curtin University’s Oliver Rackham joining to research the development of artificial genes and proteins for programming cells.

The two will serve as biomedical synthetic biologists at the centre, with Professor Filipovska as deputy director of the national centre, and Professor Rackham as lead of the Western Australian centre.

In a statement, the researchers said the centre's work had the potential to help build local economies from waste products, with Professor Filipovska saying the centre would address medical and agricultural issues by converting waste into useful products.

“At the WA Centre we will have something unique because we can use synthetic biology to create new drugs, new antibiotics and new ways to diagnose and treat diseases,” she said.

“Synthetic biology is so exciting because we can make completely artificial genes and proteins and as a result we can unleash the potential of microbes as biofactories for medicinal, agricultural and industrial applications."

Professor Rackham, who has already investigated manipulating brewer’s yeast to overcome antibiotic resistance, said the work had the potential to rewire the genes of living cells that could be turned into microscopic factories to make drugs, biofuels and plastics.

“You can program a cell to detect a particular type of disease that currently requires a lot of different tests to detect at present," he said.

“We’re uniquely applying the principles of synthetic biology to develop therapeutics in Australia.”