Only nine research funding applications from the state’s universities succeeded in the national round. 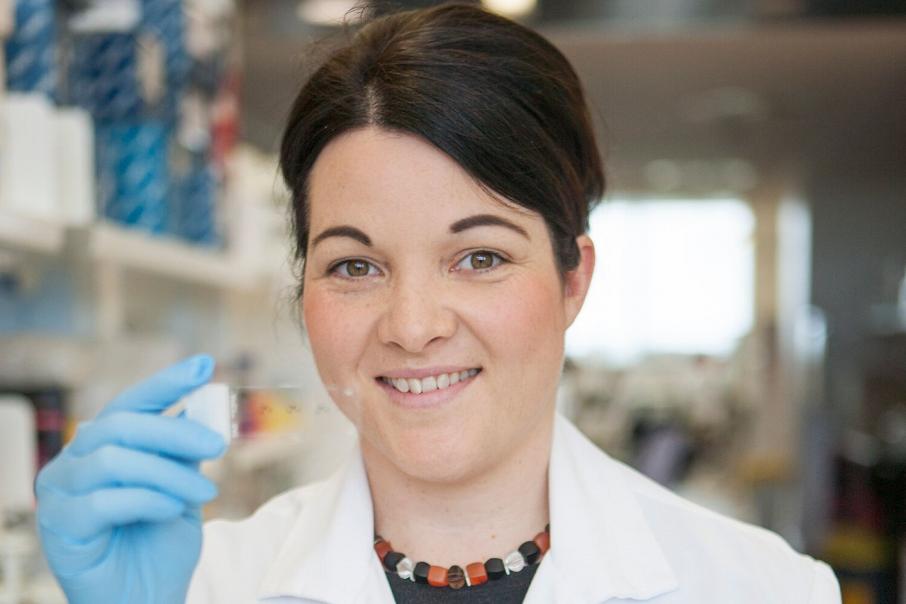 Perth medical researcher Gina Ravenscroft is one of the lucky ones to get funding this year for her work in rare disease genetics.

Dr Ravenscroft, of the Harry Perkins Institute of Medical Research, was one of only nine Western Australian researchers who received National Health and Medical Research Council funding in 2021, and one of 345 Australia wide.

WA was down the ranking in the level of funding from the NHMRC, which awarded $588 million in grants in 2021.

This gives the state a funding rate of 6 per cent, well-below the national average of 14.3 per cent, which made it the worst-performing state.

In September, Dr Ravenscroft was awarded a $1.2 million investigator grant to further her work as the leader of the rare disease genetics and functional genetics group at the institute.

The grant will cover her salary for the next five years, costs associated with her research and money to potentially hire a research assistant.

Dr Ravenscroft is also supported by the Patricia Verne Kailis Fellowship, established by the late Patricia Kailis and her family, but the new grant buys her additional time.

It also means she can focus on her research, instead of spending up to four months a year applying for grants.

While Dr Ravenscroft can continue her work for the next few years, others were not given the opportunity.

“For many researchers this is going to be career ending,” Dr Ravenscroft told Business News.

“Many researchers are reliant on grants for their salary and if their grant doesn’t get up then they don’t have a position at the university; their position is contingent on them bringing in the grants to support themselves.

“The last few years, the success rate has hovered around 6 to 12 per cent, at that early to mid-career level so many researchers are getting forced out of the system and we are losing really talented people across the country, but particularly in WA.”

Dr Ravenscroft said the instability in the medical research field meant there was a high drop-out rate.

“I think lots of researchers make the decision to leave the sector and go and do something else with their lives because it’s unsustainable and it’s incredibly stressful,” she said.

“Especially if you have a young family and a mortgage.

[You have] to live on six-month contracts or one-year contracts not knowing whether you are going to have a position at the end of the year.”

Northern Territory researchers were the most successful this year, with a funding rate of 25 per cent, followed by Victoria (16.4 per cent) and Queensland (15.3 per cent).

Of the WA universities, only the University of Western Australia has had any success. It submitted 92 applications and received all nine of the grants given to WA researchers.

Curtin University wrote 31 applications, Edith Cowan University made 15 submissions and Murdoch University applied seven times, none of which were successful.

Dr Ravenscroft said WA’s poor funding record could be due to a lack of investment from the state government and a trend of researchers moving to the east coast.

However, she was hopeful recent investment from the state government could improve the situation in the long term.

The state government repurposed the WA Future Fund to support health and medical research and named it the Future Health Research & Innovation Fund.

A total one per cent of forecast annual royalties are paid into the fund each year.

One of the initiatives the fund has supported is the WA Near-miss Awards, which offered grants of up to $74,000 to 41 emerging researchers in 2021 who missed out on NHMRC grants to rework their submissions to enter a second time.

Perron Institute director and Murdoch University Centre for Molecular Medicine and Therapeutics director Steve Wilton said he had spent about a third of his life applying for grants.

Now, Professor Wilton, who has served on NHMRC funding panels, is using his time helping early-career researchers apply for funding.

“If a grant is knocked back or isn’t funded, that doesn’t mean it’s a bad grant,” Professor Wilton told Business News.

Professor Wilton was part of the teams which developed three US-approved treatments for muscular dystrophy.

The treatments were now being sold and revenue was flowing back to the Perron Institute.

He also suggested looking beyond grants from traditional funding bodies and searching for funding from not for profits and special interest groups.

“That’s the way I’ve always been trying to work; you don’t rely only on grants,” he said.

“Grants can come from special interest groups; it can come from big agencies like the NHMRC or the NIH [National Institutes of Health in the US] or the ARC [Australian Research Council].”

However, he said while it was easier to win funding when there was a goal or purpose in mind for the research, fundamental science research was still needed.

“There still needs to be blue sky research, research into why things happen,” Professor Wilton said.

For example, PCR testing, which is used to diagnose COVID-19, was invented in the late 1980s as an interesting lab gimmick, he said.

“It’s become one of the most important diagnostic tools in the world,” Professor Wilton said.

Medical research foundations are also helping to fill the funding gap, with a focus on helping early to mid-career researchers.

Royal Perth Hospital Research Foundation chair Lyn Beazley said only one in three early-career researchers make it through the system.

“You’ve trained people to be absolutely terrific, and then you have given them the opportunity and then there is this bottleneck,” Dr Beazley told Business News.

“We are not making the most of our talent unless we broaden out that bottleneck.

“That’s what it boils down to.”

The average age of researchers who were awarded grants in 2021 was 46.5.

Aside from emerging leadership and leadership level one grants, which are targeted at younger researchers, all recipients were aged in their 50s.

“The dream is you would get government support, corporate support and medical research foundation support, so you get three people supporting the same thing because the due diligence has been done,” Mr Palermo told Business News.

Overall, Mr Palermo said the national grant system could be improved but wasn’t sure what the answer was.

“I’ve worked this idea in my mind for a long time: is it more government support? Corporate support? Is it maturing?” he asked.

“You look at Israel, you look at some places in the US and think how do they do it?”

Harry Perkins’ Dr Ravenscroft serves as president of the National Association of Research Fellows and will be lobbying the federal government for more research funding in the lead-up to the election, especially while the public is more aware of the importance of medical research due to the COVID-19 pandemic.

“I think just about everywhere else in the world is better than Australia at the moment,” Dr Ravenscroft said.

“I think people in other parts of the world are really surprised by the calibre of researchers that aren’t getting funded here and I think we are going to lose a lot of people to the US with the Biden government commitment to science going into the future.”

In his proposed budget in April, US President Joe Biden set aside $51 billion for the National Institutes of Health in 2022, a 21.4 per cent increase on the funding given in 2021.

Funding from the NHMRC has varied over the past few years.

The lowest amount of funding was awarded in 2020 ($760.2 million), when some grant rounds were affected by the pandemic.

Dr Ravenscroft said the NHMRC changed its grant scheme a few years ago to reduce the amount of grant applications because writing and reviewing grants took a long time, while increasing funding for early and mid-career researchers.

“It’s gone backwards on both those measures over the three years of this new system,” Dr Ravenscroft said.

“I think we are really stuck.

“The only thing that is going to make a difference now is increased funding into the pool of money.”