Cutting-edge gene research could be lost to China unless local investors stump up to keep it in Australia, according to Grant Morahan from the Harry Perkins Institute of Medical Research. 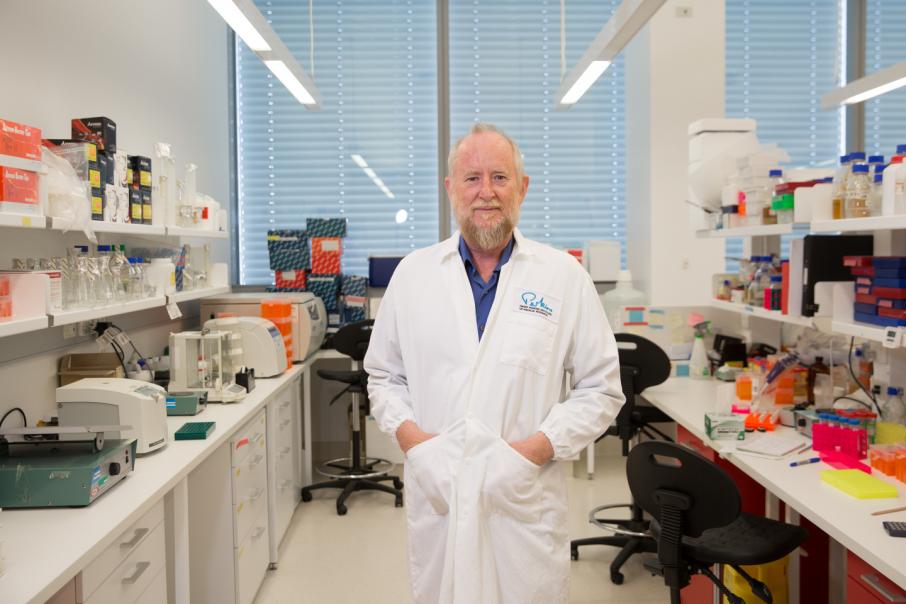 Cutting-edge gene research could be lost to China unless local investors stump up to keep it in Australia, according to Grant Morahan from the Harry Perkins Institute of Medical Research.

Professor Morahan last year signed a contract to sell a valuable genetic resource to China’s leading animal sciences institute for about $2.6 million, and indicated a second innovation may go the same way if local funding was not forthcoming.

In his role as director at the Centre for Diabetes Research, Professor Morahan recognised the value of a comprehensive gene-mine in the early 2000s. After steady initial progress, the project grew during the past five years to produce what he said were extraordinary results.

“We’ve developed more natural models of human diseases than anyone else has done in the world,” Professor Morahan told Business News.

“So diseases like diabetic retinopathy, that’s the most common form of blindness in working age adults and there’d never been an animal model that really safely reproduced what you see in humans until this.”

The gene-mine mimics a vast family tree of mice, and captures more than 90 per cent of common genetic variations of the mouse.

The research is applicable to humans because mice and humans share about 99.5 per cent of their genes.

“Once we find the genes then the next step is we can find drugs that can block the action of those genes, so this is an important first step in understanding diseases and developing cures for those diseases,” Professor Morahan said.

Collaborators at the University of Western Australia have used the gene-mine to identify a number of osteoporosis-associated genes.

It is also being used to look at preventions for dementia and melanoma.

“This thing is only limited by imagination, and of course the funds to keep it going,” Professor Morahan said.

Initial funds for the gene-mine project were raised in Western Australia from a small group of private investors. However, about three years ago, Professor Morahan realised he wouldn’t be able to keep the resource operating in Perth after failing to secure further investment.

Professor Morahan said he approached the Chinese Academy of Medical Sciences Institute, which recognised the value of the resource. Proceeds from the sale were distributed among the original investors.

Despite the sale, Professor Morahan said he would still supervise ongoing projects operating out of Beijing.

“It’s a positive thing in that we’ll still be able to use it,” he said.

“If I hadn’t taken it to China I just would have had to watch it die and there’d be nothing happening, but at least now we’ll still be able to access it.”

Professor Morahan said another reason motivating him to sell to China was to allow him to focus on a more recent medical innovation he was developing.

“Basically we’ve got a new genetic technology that allows us to define genetic signatures of disease risk and then with those signatures we can determine if someone is at risk of having a heart attack or dying of melanoma,” he said.

“So far these tests are better than any clinically available tests.

“I hope that I get some investors in Australia for this technology because otherwise that too will have to go overseas.”

Professor Morahan continues to operate from the Harry Perkins Institute in Nedlands, but will progress work on the gene-mine through remote consultation and trips to Beijing throughout the year.

“One of the big projects we’ll be doing in China is something called ‘Good Health, Long Life’, so that’s a Chinese saying,” he said.

“Some people can eat a particular diet and put on weight and other people will eat the same thing and nothing happens.

“What we’ll be doing is looking at the best combination of genes and diet that can lead to a long healthy life.”

Professor Morahan said that would be a hugely expensive project to run, but was made far more economical using the gene-mine.

“It’s much quicker and much cheaper to do these studies with mice,” he said.

“Other research we’ve been doing with collaborators in Europe is looking at particular blood markers; they found more from one study with this gene-mine than they did by studying 30,000 humans and can you imagine how expensive it is to study 30,000 humans?”