Western Australia has continued its trend of marginal population growth, with the state registering growth of 0.9 per cent for the 12 months to September, as interstate migration remains in negative territory. 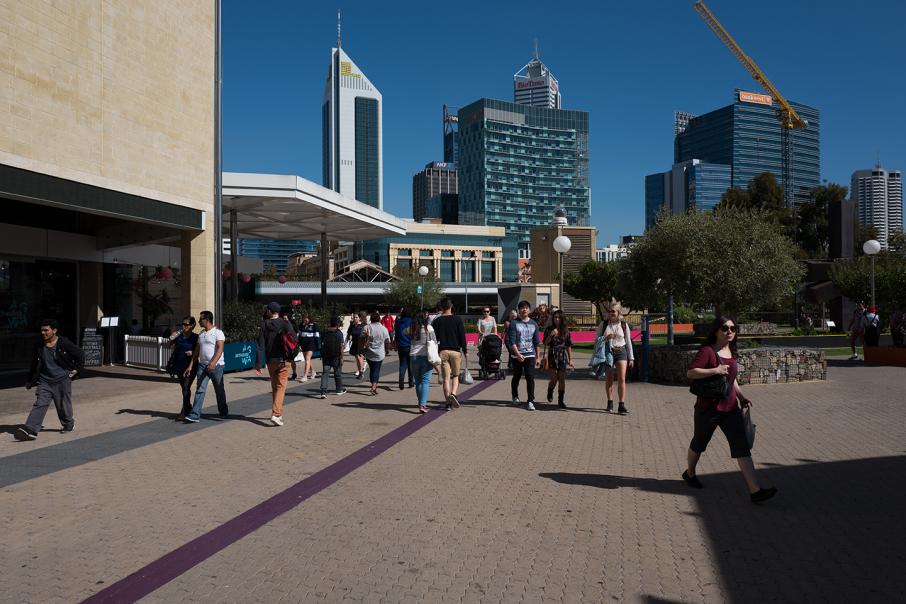 The state added 22,000 people for the period. Photo: Attila Csaszar

Western Australia has continued its trend of marginal population growth, with the state registering growth of 0.9 per cent for the 12 months to September, as interstate migration remains in negative territory.

The state added 22,000 people for the period, with total population in WA at 2.58 million, according to the latest figures from the Australian Bureau of Statistics.

Western Australians continue to leave for other states as interstate migration was -2,289 over the September quarter.

The state has been in negative territory for the past three years.

Net overseas migration was 4,441 for the period while the natural increase was steady at 4,629.

Bankwest chief economist Alan Langford said WA’s annual population growth rate troughed at a historical low of 0.6 per cent in the middle of 2016, but has slowly increased, having peaked at 3.5 per cent in late 2008, and then again at 3.4 per cent in September 2012.

The 2012 peak occurred during the resources boom, but following the boom net overseas migration dropped from about 57,000 (24 per cent of the nation's intake) down to 13,800 (5.5 per cent) in September last year.

"Perth’s residential rental vacancy rate hit a 26-year high of 7.3 per cent in the June quarter of last year, although by the end of 2017 it had retreated to 5.5 per cent," he said

"And then of course there’s established dwelling prices - the ABS all dwellings index for Perth has fallen by almost 8 per cent since prices peaked in the middle of 2014."

Mr Langford said WA's population growth would continue to accelerate, but unless a new wave of significant mining construction projects emerge, the growth will remain gradual.

The national population grew 1.6 per cent to 24.7 million.

“Population growth is just shy of four-year highs,” he said

“Migrants are increasingly drawn to life ‘down under’ for our quality of life – sea, sun, clean air and a tolerant and multicultural society.

“In some regions, it is natural increase – more babies being born (less the number of deaths) – that is driving population growth.

“In other regions it is immigration.