Western Australia has recorded five new local cases of COVID-19 overnight, three of which are related to the Delta backpacker cluster. 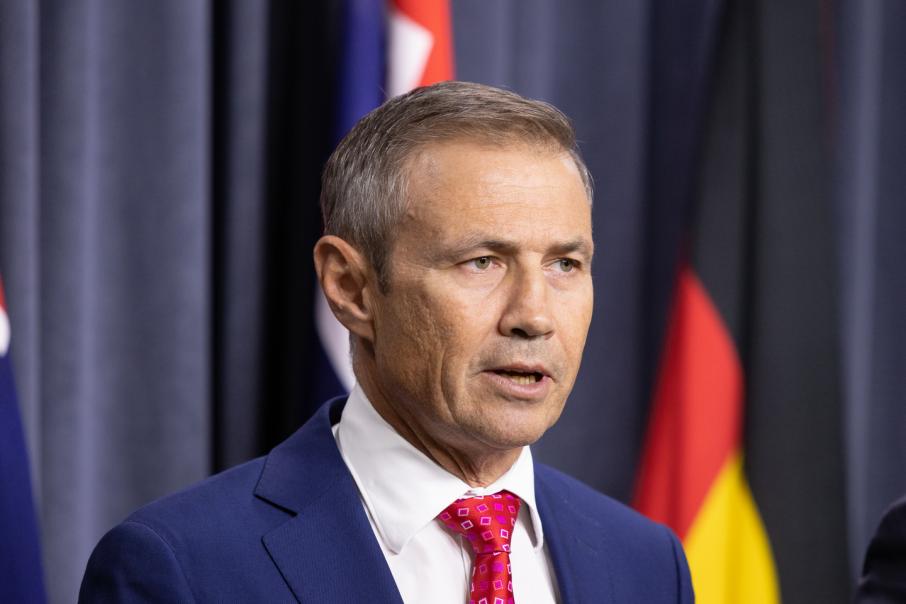 Mr Cook confirmed the five new cases during a press conference this morning.

Western Australia has recorded five new local cases of COVID-19 overnight, three of which are related to the Delta backpacker cluster.

In a press conference this morning, Acting Premier Roger Cook confirmed the total included a hotel quarantine worker from the Hyatt, with the positive result picked up during a routine daily swab.

An investigation into how the worker contracted the virus is now under way.

Though the worker had been infectious within the community, Mr Cook said the case was detected early and he was confident there would be few exposure sites.

As a result, the list of potential exposure sites has grown by nine, with the new cases having visited Woolworths and BWS on Murray Street, Ampol Foodary in Mount Lawley and Yagan Square on New Year’s Eve, Shou Japanese in Greenwood and Dan Murphy’s in West Perth.

Diver’s Tavern in Broome has also been added to the list after a COVID-positive offshore worker, who has since returned to Queensland, visited the venue.

The exposure sites are among 140 listed in WA between Broome and Dunsborough, the vast majority of which have been added in connection with the most recent outbreak.

The news comes just hours after WA Health confirmed an employee from the Lucky Shag in Perth’s CBD had tested positive for the virus after working a nine-hour shift on December 29 and New Year’s Eve.

That case, which was included in today’s case numbers, also attended Aviary Bar on December 30.

The Delta backpacker cluster started after a 25-year-old backpacker travelled from Queensland into WA earlier this month and attended a 500-person event at Perth Mess Hall.

Contact tracers have now identified 787 close contacts in the backpacker cluster, with 12 still yet to be tested.

Additionally, 1464 casual contacts have been identified, with 214 still yet to be tested.

Vaccine commander Chris Dawson told the press conference the state's chief health officer had expressed concern about the number of people within the community linked to the backpacker cluster, with several from the event still yet to be tested.

There is still one month until WA reopens its borders, but Mr Dawson warned it was likely the highly virulent Omicron variant would spread within the community before then, having already been recorded within the hotel quarantine system and among returned travellers in hotel quarantine.

Mr Cook would not be drawn on whether the mask mandate in place since December 23 would continue. He indicated the government's approach would continue to be 'cautious', but dependent on health advice.

A formal decision on the continuation of restrictions is expected to be made later this week.

The vaccination rate now stands at 92.9 per cent for those over the age of 12, with 85 per cent now fully vaccinated.

Almost 10 per cent of those over the age of 16 have now recieved a third dose of a COVID-19 vaccine.

WA will move Tasmania and the ACT to the 'extreme risk' category from this Saturday as the number of cases there continues to surge.

Under the risk rating, travel will be restricted to approved government officials or those given an exemption by the state's emergency coordinator.