OPINION: The federal government may be forced to play nice with WA’s Labor government, as fallout from within the Liberals over the GST gets ugly. 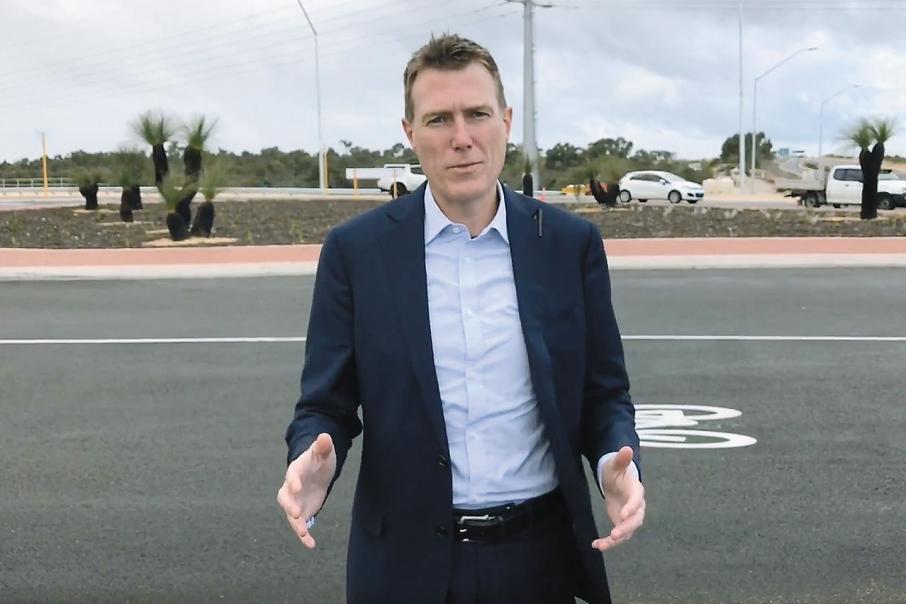 The McGowan government’s first budget is just the start of the Herculean task to get Western Australia’s finances back into the black. And Labor might have an unwitting ally in this quest, in the Liberals’ so-called ‘lunatic fringe’.

It was these fringe dwellers that pushed through the motion for WA to pursue financial independence from the Commonwealth, rather than secession, at the party’s recent state conference.

There has always been a rump in favour of secession based on the belief that, when push comes to shove on issues where the state’s interests are pitted against those of the numerically stronger states, WA will always get done over.

Liberal Party WA state president Norman Moore is of this view. And a dispassionate assessment of the failure of both major parties at the federal level to come to grips with the GST fiasco, in which WA is now reimbursed about 34 cents for every dollar it contributes to Commonwealth coffers, is a perfect example.

The WA Liberals lack the equivalent of a federal minister like Christopher Pyne, who is a shameless advocate for his home state of South Australia. Nor is there the Senate equivalent of Nick Xenophon, who again consistently promotes SA.

Lest WA Labor MPs feel smug about the Liberal dilemma, it should be noted that they seem to have been similarly ineffective in influencing their party’s federal policy.

So, after the Canberra insiders have finished scoffing at the Liberal conference decision, the hardheads will focus on what is at stake. As has been observed previously, three federal ministers are at risk unless the financial disparity is addressed: Social Services Minister Christian Porter (Pearce); Aged Care Minister Ken Wyatt (Hasluck); and Michael Keenan (Stirling), who assists Prime Minister Malcolm Turnbull on counter terrorism.

The PM is relying on the Productivity Commission, which is studying the present GST distribution and its implications. He hopes the commission’s report in January will give him a peg on which to hang some reform proposals.

The government has also quietly appointed a former parliamentary ally, Peter Hendy, to the Commonwealth Grants Commission, presumably to expose the body that sets the GST redistribution formula to the economic and possibly political realities of its policies.

If the commission comes up with findings that the economic health of the nation is being harmed by the CGC’s redistribution formula, as it undoubtedly is, then Mr Hendy’s presence might inject a dose of much-needed worldliness.

So, how might this help Mark McGowan and the WA budget?

For the short term, at least, the answer is not much. The budget belt tightening is a consequence of the overspending of the Barnett years being highlighted by the collapse of GST revenue, which State Treasury had flagged well in advance.

In the medium term, however, including in the lead up to the federal election due in 2019, and especially the state poll in 2021, there could well be benefits for the financial position.

Unless Mr Turnbull takes a kamikaze stance, he will want to direct more federal money to WA for specific infrastructure programs. That will mean working with Mr McGowan’s Labor government on issues such as Metronet – the suburban rail initiative dubbed ‘MetroDebt’ by furious members of The Nationals WA following changes to the Royalties for Regions policy – so that the credit can be shared.

Presumably this will soften the anti-Canberra sentiment reflected in the Liberal conference decision, and help the re-election prospects of the party’s federal MPs. Any other outcome would result in the MPs being swept away.

But then it’s up to Mr McGowan and Treasurer Ben Wyatt. While wage and salary earners are marking time as far as pay increases are concerned, and the economy remains fragile to say the least, the resources sector was easily the softest target for a revenue raid. And prices there have been holding up reasonably well.

Any group suffering increased charges or reduced benefits will cry foul. That’s life. But having charted its course, the government must stick to it.

Increased Canberra grants might help the vulnerable federal Liberal MPs, but if they assist the state’s finances as well, the Liberals’ ‘lunatic fringe’ will have done WA a service.