WA plays it down the middle

OPINION: Federal Labor failed to capitalise on any remaining goodwill WA voters had for the party after Mark McGowan’s 2017 success. 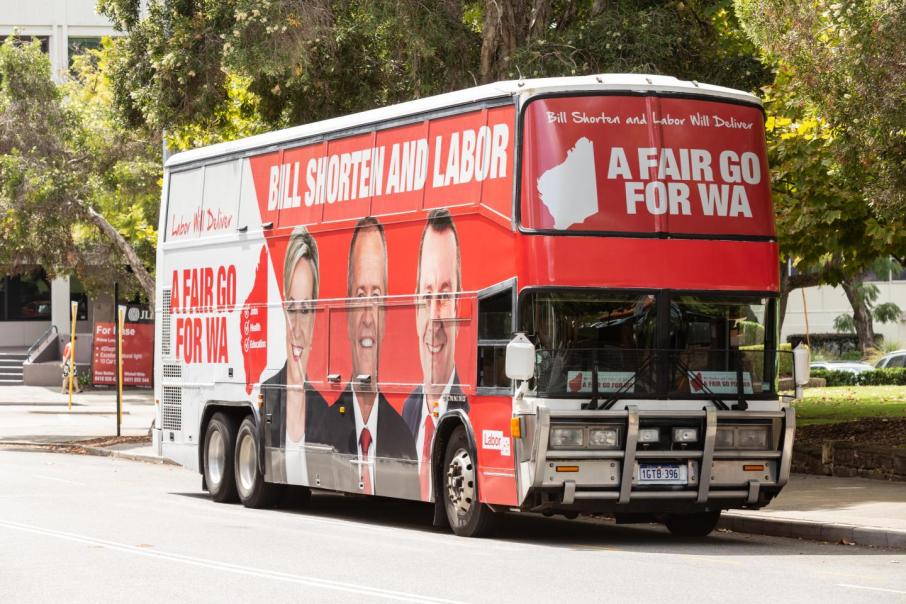 Mark McGowan’s popularity did nothing to lift the electoral fortunes of the federal party at last month’s election.

Mark McGowan took a calculated risk when he agreed to be associated so closely with Bill Shorten’s failed attempt to lead Labor to power at the federal election.

Labor’s dilemma was that Mr Shorten consistently trailed Scott Morrison in the polls when it came to who voters thought would make the better prime minister. So the party thought placing images of Mr McGowan alongside Mr Shorten would help boost its local vote.

That was a departure from the traditional approach. In federal polls, a popular federal leader would usually be photographed with the local candidate in the hope that the leader’s image would improve the candidate’s profile and maximise the vote.

After more than two years in power and a recent friendly state budget, Labor obviously believed Mr McGowan’s favourable rating would boost support on the federal stage. Perhaps it did, but the party’s vote still went backwards in most seats.

The strategy has been used before. In the 1980 federal poll, Labor adopted the ‘troika’. The party believed then federal leader Bill Hayden needed the support of Bob Hawke – making his run for parliament after 10 years as ACTU president – and NSW premier Neville Wran, who was also the party’s national president.

To some the strategy was a slight to Mr Hayden, who had spent three years rebuilding a party shattered by two thumping electoral defeats at the hands of Malcolm Fraser, which ended the Whitlam era. But it seemed to work, and Labor made up considerable ground on the coalition – enough for Mr Hawke to complete the job as leader at the 1983 poll.

However, a look at the voting patterns for the 2017 state poll and the recent federal election should cause as much concern within Labor ranks as providing reassurance for the Liberals, who were defending 11 of Western Australia’s 16 federal seats.

The 2017 state election was Labor’s high-water mark in WA. As the chart shows, it won 42.2 per cent of the primary vote and an unprecedented 41 seats in the 59-seat Legislative Assembly. As the new premier, Mr McGowan was riding high. 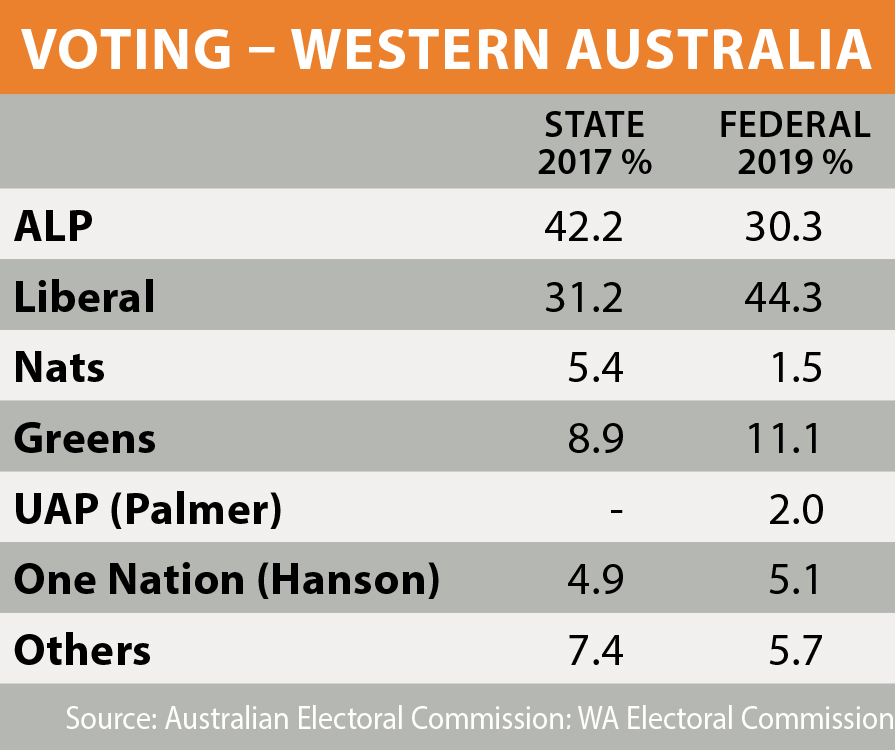 And his government has essentially been a middle-of-the-road administration. There have been mistakes – Perth Modern School changes, country education and proposed reforms in the rock lobster industry, for example – but they have been acknowledged and, with the exception of the rock lobster issue, which has recently resurfaced, dealt with.

Coincidentally, the ministers in charge of these bungles, Sue Ellery (education) and Dave Kelly (fisheries), are both products of the left wing, and influential, United Voice union.

The Liberals polled a miserable 31.2 per cent of the primary vote in 2017, and seemed destined for an extended stay in opposition.

But this year’s May 18 federal poll showed how quickly things could change. Labor had been hoping its strong 2017 vote would be repeated, enabling its candidates to snatch up to four seats off the Liberals and help ensure Mr Shorten won the keys to the prime ministerial residence, The Lodge, in Canberra.

However, despite more than 40 visits to WA in six years – unprecedented for any federal leader – Mr Shorten saw his party’s local vote collapse. Labor polled just 30.3 per cent of the primary vote, while support for the Liberals – cash strapped and bracing for the worst – jumped to 44.3 per cent.

To add insult to the Labor cause, no seats changed hands. Ministers such as Christian Porter (Pearce) and Ken Wyatt (Hasluck) were tipped to struggle to hold on, yet they won with increased majorities.

It’s unwise to assume the federal voting pattern will be repeated at the next state poll in 2021, as both the personalities and issues will be different. But the Labor bloodletting since May 18 has pointed to many of its key policies being too ‘left wing’, especially the proposed redistribution of income affecting older voters. And Mr Shorten’s soft shoe shuffle on the planned Adani coalmine in Queensland was seen as being too influenced by climate change agitators from inner-city Melbourne.

Mr McGowan has wisely been quick to distance himself from federal Labor and its failed policies, which proved to have little appeal for local voters.

In WA politics, the middle of the road is a much safer place to travel.