Western Australians are more likely to go online to find the best deal and be influenced by user reviews when shopping online than any other state, according to new research by Bankwest. 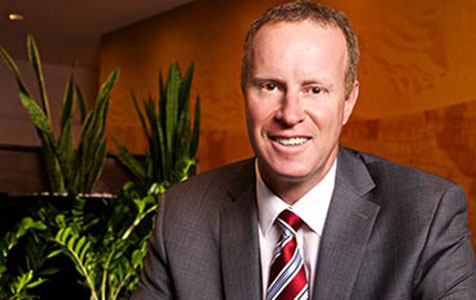 Western Australians are more likely to go online to find the best deal and be influenced by user reviews when shopping online than any other state, according to new research by Bankwest.

The Bankwest Online Behaviour Report, as part of the Bankwest Financial Indicator Series, found that 84.5 per cent of WA residents are likely to make a purchase after reading a review online, compared with the national average of 78.7 per cent.

The state also has the highest percentage of people who go online to look for the best deal, 58.1 per cent, and are also the most likely to be interested in following a brand online, with 72.9 per cent.

“WA consumers are discerning online shoppers with 11 per cent of local residents categorising themselves as a "Hunter" in terms of their online behaviour and attitudes, as compared to 9.6% nationally, meaning they feel they are "extremely internet reliant, always looking for content online and they want to be the first to know about the latest stuff online,” Bankwest executive general manager retail Andrew Whitechurch told Business News.

WA online shoppers are also the most likely to be influenced by free shipping, one-day or same day shipping and free foreign transaction fees.

Mr Whitechurch said the findings show WA residents place a high value on inexpensive and fast shipping services due to their geographical isolation.

“It is the online retailers that understand and deliver on this preference that will gain a competitive edge in the West Australian market,” he said.

“It is sensible for consumers to do the required due diligence, including online reviews, before making significant purchases.”

Shoppers in WA come ahead of other states when it comes to interacting with retailers online, with more than a quarter of those survey in WA preferring to interact online rather than in store or on the phone.

Online payment security was also found to be a driving factor when making a purchase, with 87.7 per cent of WA residents more likely to purchase products and services online with a payment security guarantee.

Overall, Australians avoid making significant online purchases, with 73.8 per cent preferring to buy small items, such as a toaster, and one in four favouring larger purchases, like a television.

Unsurprisingly, nationally the ‘generation Y’ age group was the most likely to go online at least monthly to browse for information on and purchase items, both luxury and discount discretionary items.

According to experimental ABS estimates for September 2014, the total online retail trade for Australia was $644.7 million for the month, up about 2.5 per cent from the same time last year.

This represents 2.8 per cent of the total Australian retail turnover, according to the data.

The Bankwest online behaviour research was carried out via an online survey of 950 individuals nationwide.