Santos and Quadrant Energy have signed a deal for the sale of the Stag oil project in the Carnarvon Basin to Malaysian company Sona Petroleum for $US50 million ($A70 million). 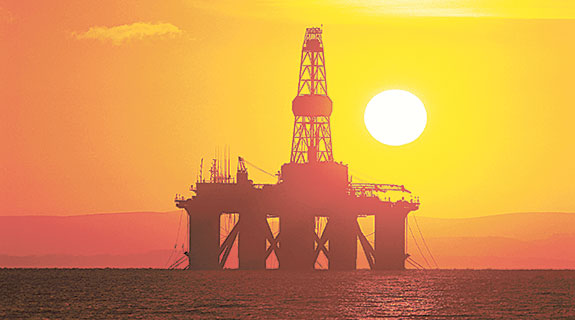 Santos and Quadrant Energy have signed a deal for the sale of the Stag oil project in the Carnarvon Basin to Malaysian company Sona Petroleum for $US50 million ($A70 million).

The Bursa-listed company will acquire full ownership of the Stag oilfield, which is 66.6 owned by Santos and 33.3 per cent owned (and operated) by Quadrant.

The project lies 60 kilometres offshore Dampier Sub-basin with a water depth of about 50 metres.

Santos general manager Western Australia Joe Ariyaratnam said Stag had delivered a strong production performance over the life of the field but it was now mature and no longer core to the company’s strategy.

“This sale is independent of the company’s strategic review and reflects the business unit’s approach to regularly reviewing its portfolio and rationalising our asset base where appropriate,” he said.

The oilfield has been in production since 1998, and has been producing 4,600 barrels of oil per day from 10 active wells, as at June 30 this year.

Last month, Santos rejected a $7.1 billion takeover offer from overseas fund manager Scepter Partners on the basis that it was considered opportunistic in nature and did not reflect the fair underlying asset value of the business.

Santos is looking to sell various assets including its WA oil and gas projects so it can focus on core operations such as the Gladstone LNG project, which made its first shipment last month.

The WA assets include stakes in the Varanus Island and Devil Creek gas projects, and several offshore oil fields, which in most cases are jointly owned by Quadrant.

There has been market speculation that Quadrant is preparing a bid for Santos’s WA assets.