WA not immune to outbreak affliction

As the federal government readies its vaccine rollout, can WA manage the health and economic risks of a second wave of coronavirus? 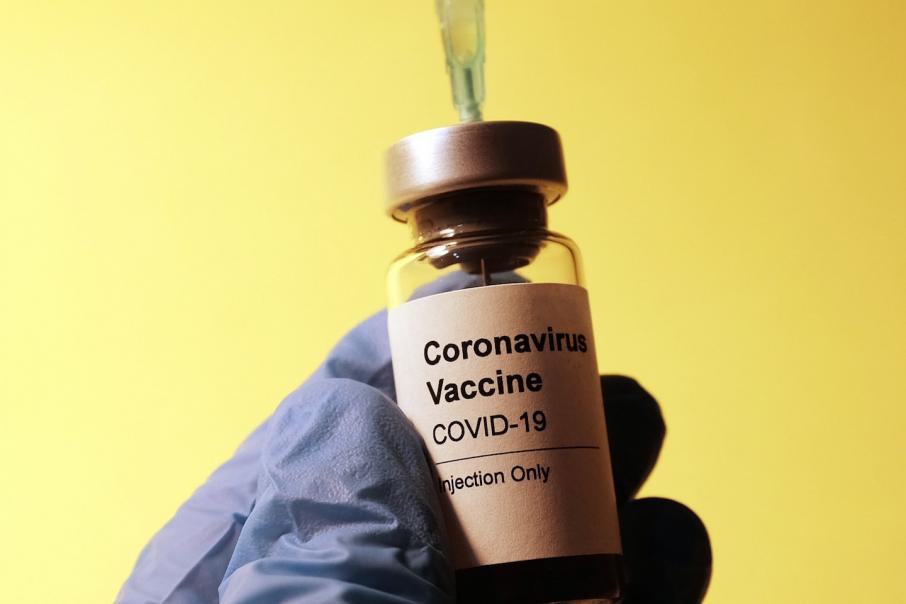 Parts of WA, including metropolitan Perth, will enter a five-day lockdown as of 6pm this evening following one new case of COVID-19. Details of the lockdown and health directives can be read here, and a breakdown of responses from industry can be read here.

It is a near certainty that every Australian who wants a COVID-19 vaccine will be able to access one before year’s end.

With Pfizer and Moderna now rolling-out doses across the developed world, Australians will begin receiving the first vaccines this month, with the aim of having 4 million people inoculated by the end of March.

It is difficult to understate the significance of such a strategy, given no vaccination has been successfully manufactured for any previous coronavirus outbreak, and that the COVID-19 shot was developed in fewer than 18 months.

And while the virus has not pummelled this country as it has the US, India, and Brazil, close to 30,000 Australians have contracted the disease and 900 have died as a result.

If the federal government’s timeline is achieved, 80 per cent of Australians will be vaccinated by October of this year, enough to achieve herd immunity and begin the road to a national economic recovery.

In practice, the vaccine’s rollout should be relatively painless.

Australia has agreed to more than $3 billion worth of purchase agreements for COVID-19 vaccines, with AztraZeneca’s candidate likely to be the earliest and most widely administered inoculation.

CSL will manufacture 50 million doses locally, which should be enough to inoculate every Australian once.

While notionally less effective than the Moderna and Pfizer vaccines, the AstraZeneca product is cheaper and easier to store, and is locally manufactured.

In practice, this translates to an inoculation that is free of charge and accessible to anyone who wants it, with approximately 70 sites in Western Australia set to administer doses at the height of the rollout.

Even if the federal government’s rollout strategy is somewhat ambitious – requiring more than 500,000 vaccines to be administered weekly to meet the target of herd immunity by October – economists are already cheering the results.

That was evident in modelling from Deloitte released earlier this month that projected WA’s economy would grow by 3.5 per cent this financial year, assuming vaccines were widely available.

While that growth rate would lag the eastern states and the nation overall, it would nevertheless be an impressive result for WA, if not a repudiation of Treasury’s modest assessment of between 1.25 and 2.75 per cent growth over the forward estimates.

Similarly, the price of iron ore, which exceeded $US160 per tonne in January, has helped bolster the state’s stream of royalties and provided the WA government with a freer hand than could have been anticipated just 12 months ago.

Economists and policymakers have up to now criticised the lack of diversity in WA’s economy, and the boom-bust cycle that eventuates.

Now, the combination of export-driven industries and stimulus from the federal and state governments has supported consumer confidence across the board.

“Most people attribute [WA’s economic performance] to commodities, but [it is] also the sheer confidence of people,” Raymond Da Silva Rosa, professor of finance at the University of Western Australia’s business school, said.

“People are spending; they have the money from the stimulus, and they are spending more than they are over east.

“That is a broad base; if it were just iron ore, that would be a narrow-focused stimulus.

All of which has kept WA afloat during what remain uncertain times.

The threat of COVID-19 outbreaks remains constant, however, as recent history in NSW demonstrates.

That state had achieved elimination through suppression in December of last year before an elderly couple on Sydney’s Northern Beaches tested positive to the virus.

No source for those infections has yet been found, and Victoria and Queensland have acted to stamp out clusters linked to NSW’s outbreak.

The WA government has labelled a second wave the greatest threat to the state’s economy.

Treasury papers project the cost of a second COVID-19 outbreak to the WA economy would be a gross state product of effectively zero, coupled with unemployment of close to 9 per cent, assuming a six-week lockdown contains the spread.

And while that estimate may prove pessimistic, given WA’s operational surplus was $1 billion larger than originally anticipated and unemployment is 1.5 percentage points better, it is based in what Treasury refers to as a “very dynamic and highly uncertain environment”.

Few would argue with that assessment.

“In some ways, the state government may not be pushing the issue about what the plans are in order to shore up confidence, but that confidence may be misplaced,” Professor Da Silva Rosa said.

“If there’s an outbreak, then people might be at a loss what to expect and what to do, and that might be a real threat to confidence.”

It’s tempting to label a vaccine as a panacea, but the reality is that the threat of COVID-19 will not disappear in 2021.

In many ways, the threat has increased alongside the virus’s increasing transmissibility, as evidenced in mutated strains discovered in Brazil, the UK and South Africa.

While newer strains are not necessarily deadlier, higher rates of infectiousness put a greater burden on the Department of Health to prevent leaks in hotel quarantine.

Likewise, as the global caseload has multiplied nearly fivefold over the past six months, logic dictates that there will be a growing number of cases in WA’s nine hotel quarantine facilities, with a growing threat of external spread.

WA’s hotel quarantine has faced challenges during the past 12 months with sporadic reports of breaches from uncompliant guests and untrained staff.

Fortunately, there have been no known cases of community transmission so far.

Despite the constant possibility of a quarantine breach, however, the practice of farming out surveillance to security companies (cited as a factor in Victoria’s second wave) continues in WA, even as WA Police and the Australian Defence Force retain some presence across all facilities.

With quarantining of international travellers embedded in the community and up to 512 new guests arriving every week, the focus on these facilities and how they operate is likely to come under ever-harsher public scrutiny in the coming months.

“The B117 variant, the South African variant and now the Brazilian variant all seem to be more transmissible,” Andrew Miller, president of the Australian Medical Association WA, told Business News.

“We are even to the stage where, when you look at the way these strains spread, lockdowns would have to be very severe [to contain them].”

That lockdowns may not work is a worrying sign for WA, given the state government’s approach has relied almost solely on the blunt force of border closures to fight the virus.

Premier Mark McGowan has repeatedly expressed his commitment to this approach and in recent months has acknowledged he would rather eliminate than suppress the virus.

Given his public declarations in support of such a move, and the apparent willingness of the community to go along with it, has WA been successful in service of this goal?

Available evidence would indicate that, on balance, it has.

Research published by The Lancet in June of last year suggests that a successful elimination strategy requires jurisdictions to test at least 2,000 symptomatic persons per week to detect and suppress the virus when it emerges.

WA regularly meets this threshold and has not fallen short so far throughout 2021.

A greater issue for the state may be wait times for tests, with anecdotal reports of lengthy queues for travellers from Queensland, NSW and Victoria who sought tests after receiving directives from the Department of Health.

And although none of those tests found any instances of infection, the need for a GP referral to access drive-through or private pathology testing (limited to seven locations in WA) may impede the willingness of some to get tested and dampen the effectiveness of a high-frequency testing regime.

“We need to be in a position where, if we are going to have outbreaks and ask people to have massive testing … it’s got to be incredibly efficient, and it’s got to be a good experience for the people who are turning up to capture as many people as you can.”

And while Dr Miller believes the system in WA is working effectively, he is not convinced in the value of the practice overall.

Currently in WA, 750 staff are on standby to undertake contact tracing work and track down any outbreaks, should they occur.

The SafeWA app was launched in early December to help facilitate this work.

Data from the state government indicates that, in the five weeks since the app’s launch, more than 1.2 million (or about one in two Western Australians) registered to use it.'

And while approximately 30,000 businesses have provided checkpoints for the app, users on average checked-in just 12 times in the five weeks after its launch.

Curiously, while the app’s purview takes in an array of licensed venues, accommodation facilities and places of worship, frequently-visited businesses such as grocery stores are precluded.

Other states with similar systems have received mixed results.

In Queensland, which, like WA, supplements its app with a paper system, significant errors of information were uncovered when tracing an outbreak in southern Brisbane.

Nevertheless, the strength of WA’s system may not be an issue, as Dr Miller reasons that the state with the strongest contact tracing system in the country – NSW – is running a suppression strategy he deems inferior.

“What we need to be doing is preventing rather than tracking [the virus] down,” he said.

Assuming a worst-case scenario, in which a skeptical patient escapes quarantine, seeds a cluster of infections and leaves a trail of incomplete data for contact tracers, what might WA’s second outbreak look like?

Professor Da Silva Rosa sees benefits in WA’s economy being unburdened by the threats facing the eastern states, being as WA is isolated and retains a strong public health system.

By his reckoning, the ingredients for a successful response are there, even if the rhetoric might not match.

“We have a premier who, by and large, conveys a sense of confidence and resoluteness,” Professor Da Silva Rosa said.

“He should use some of the circumstances we have got here to send a slightly different message that, if this comes up again, we can deal with it; that there’s no need to panic, we’ve got this under control.”